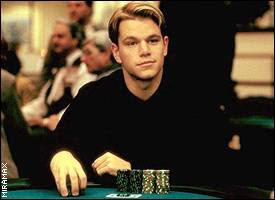 Media and insider reports state Leonardo DiCaprio is dating at least two Sydney based models. This contradicts earlier reports that Leo "wasn't interested in Australian women". Maybe Leo's strategy was to portray himself as "hard to get" (if not impossible). Whatever the case, Leo hasn't lost his touch with the ladies. We heard a little something that the Aussie ladies liked a little touch by Leo too, but enough about that. You're old enough to figure it out.

If that's not enough the handsome Leo has been spoilt by The Star (Echo Entertainment management) and been given an entire floor at The Star (formally Star City Casino) to live in during his four-month stay. It's safe to say Leo's scored at least 1 king size bed (the mind boggles doesn't it). Echo Entertainment obviously heard that he enjoys a punt (usually high stakes poker), so why not have Mr DiCaprio as your official (or unofficial) casino celebrity face of the month.

Part of the back story to the deal between the movie star and The Star is that Leo got out of his ex Vaucluse residence because of privacy issues (read unwelcome paparazzi). Our friends in the biz have revealed that Echo Entertainment top brass Larry Mullin was so keen to get DiCaprio under their roof that a whole floor was transformed into a luxury super-suite.

"Mountains were moved," said our friend at The Star, who reckons the famous actor has a private entrance to his Astral Tower pad to evade the paparazzi.

"The entire thing was refurbished and rebuilt from scratch. It cost a fortune but the directive was 'spare no expense'."

Quizzed about the plush digs for 'Our Leo' at Star, Tabcorp: "No comment."

DiCaprio does say hi on occasion with casino workers and others who cross his path, so ladies, you may have a chance yet, and don't forget he has an entire floor for himself. Don't ask us though if there is a cue, but we suspect he's in demand.

"He was spotted in Black By Ezard and kept his cap on and head down and didn't engage with anyone. And a few nights later Hugh Jackman was in there and couldn't have been nicer," said the leaker.

"He was chatting to staff and taking pictures and having a great time. It was interesting to see the difference."

His ex-girlfriend Blake Lively has moved on, as has Bar Refaeli, with the model photographed in an embrace with Pierre Sarkozy, 25, the son of French Prez Nicolas Sarkozy, at the Paris nightclub Rasputin.

Oh, you want more on his dealings with ladies, so here goes to satisfy your desires...

For starters, Leo is dating at least two Australian models. I guess that's one way to keep them keen, or on their toes... or something.

The 36-year-old actor was revealed last week to have started romancing Alyce Crawford ('Australia's Next Top Model') after splitzville with 'Gossip Girl' actress Blake Lively - who he had been in a relationship with for a pretty impressive five months. Not too bad a run Blake, considering he's one of the world's most eligible bachelors.

As well as seeing (use your imagination) the 'Top Model' contestant, it has now been said Leonardo is also charming 20-year-old catwalk beauty Kendal Schuler...who recently separated from Australian 'Celebrity Apprentice' contestant Didier Cohen. Over 15 years age difference Leo. Guess you might be generous in your sharing of your experience with the lucky lady / ies.

A mate told media: "Leo has told her she can visit any time she likes as long as she keeps it low key. She has taken him up on that opportunity already a couple of times.

"But she isn't silly - she knows this isn't serious and she is just enjoying the time with him."

The Hollywood idol, currently loving Sydney shooting Baz Luhrmann's interpretation of 'The Great Gatsby', is understood to have first met Kendal in LA - US of A, and met her again recently when they ran into each other at popular Sydney nightclub Beach Haus.

The contact went on: "They have been in contact since he got here and she has seen him three or four times. He has told her to be very discreet."

Leonardo has also been dating Alyce, 21, for a couple of weeks and has been seeing her during on weekdays after shooting on his new project has wrapped.

A leak whispered" "He texts her when he wants to see her and they hook up a few times a week. They've mostly been meeting up during the week. He does other things on weekends.

"She's been going to his hotel to visit but he is too smart to be seen with her in public."

News just in... 'Our Leo' has been signed to play the role of J. Edgar Hoover in upcoming biopic
'J. Edgar'.

Leo gets to portray what many say was the most powerful man in the world...the FBI boss.
You can just hear girls around Australia, if not the world, screaming in delight "Let us feel your power Leonardo".

In all seriousness, Leo is a class act, and a real good looker. We hope you enjoy your work and play time in Australia. You've sure got the idea... work hard, play harder.