Turn of the card eats into Crown's profit

Superhero movie line-up for Australia in 2013

UFC returns to Australia this December

No Wrestling in Olympics Provides Huge PR Opportunity for WWE

Hulk Hogan sends a message to Dixie Carter - "Are you really in the wrestling business or is this a hobby?" 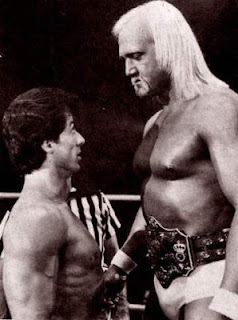 Media Man and Wrestling News Media with yet another bodyslamming news report from the world of professional wrestling meets Hollywood. Fact or fiction? You be the judge, jury and executioner.

Sylvester Stallone recalls his memory of receiving a beat down from wrestling living legend Hulk Hogan in ROCKY III - because apparently his co-star didn't realise he had to fake his punches. That's the story doing the rounds as of late.

Stallone says no one has hit him harder than Hogan (Terry Bollea), did as they filmed the iconic 1982 boxing movie - and one scene left the actor a shattered mess cowering in the corner of a boxing ring.

Sly tells VH1's Big Morning Buzz Live TV show, "He killed me. He beat me up badly... He didn't get that he's supposed to pull his punches (back)... and we took four or five (guys) right into the ambulance right to the hospital with broken collarbones and this and that.

Hogan recently apologised for hurting Stallone in the film when he appeared on the VH1 show, but the movie star insists that's not enough.

Sylvester Stallone says that despite his “Rambo” image and new shoot-em-up film 'Bullet to the Head,' he’s in favor of new U.S gun control legislation.

Stallone supported the 1994 “Brady bill” that included a now-expired ban on assault weapons, and hopes that ban can be reinstated.

“I know people get [upset] and go, ‘They’re going to take away the assault weapon.’ Who … needs an assault weapon? Like really, unless you’re carrying out an assault. … You can’t hunt with it. … Who’s going to attack your house, a [expletive] army?”

The 66-year-old actor, writer and director said he also hopes for an additional focus on mental health to prevent future mass shootings.

“It’s unbelievably horrible, what’s happened. I think the biggest problem, seriously, is not so much guns. It’s that every one of these people that have done these things in the past 30 years are friggin’ crazy. Really crazy! And that’s where we’ve dropped the ball: mental health,” he said. “That to me is our biggest problem in the future, is insanity coupled with isolation.”

Stallone is now in production on his next project, pairing up with the former “Raging Bull” Robert De Niro for “Grudge Match,” about two aging boxers.

“People think it’s going to be some geezer brawl. Really? OK, they’re in for a surprise. I’m telling you. I’ve been working on the fight, the choreography. He’s taking it deadly serious. Because no one wants to be shown up,” Stallone said of De Niro. “It’s going to be like a ‘Rocky’ fight. This will be ‘Rocky 7,’ with me fighting — with Rocky fighting the ‘Raging Bull.’”


Bullet To The Head: Profile... 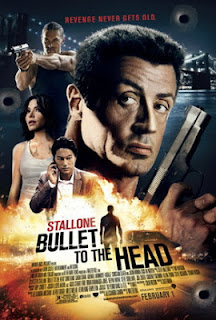 Sylvester Stallone stars as Jimmy Bobo, a New Orleans hitman who forms an alliance with Washington D.C. detective Taylor Kwon to bring down the killer of their respective partners. From director Walter Hill comes the action thriller “Bullet to the Head.”

Wrap-up: "If your a Sly or action film fan, you really just need to see this flick. Just reading about Stallone's movies never does them justice. Go see the living legend's latest most impressive effects.