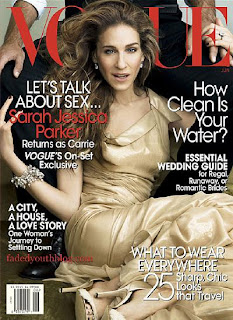 Famous actress Sarah Jessica Parker of 'Sex and the City' fame will soon be in Melbourne to both promote her new film and also to take in Oaks Day as well as perhaps the Melbourne Cup.

We heard Sydney's eastern suburbs are near the top of Parkers' favourite Australian destination, however she is contractually obligated to attend Melbourne.

What's the racing - fashion - celeb news at the races?

Well, Charlotte York (SATC) aka Kristin Davis was originally tipped to be joining Sarah Jessica Parker for Oaks Day at Flemington as a guest of Crown Limited.

It's understood the 'Sex and the City' bombshell had Davis as the one to accompany her during her Melbourne stay, and to help promote her new film, 'I Don't Know How She Does It', and slotted into the Crown marquee in the Elms enclosure, but now we hear Davis is a scratching (to use a horsey term).

Davis has had a lot going on in her life as of late, included just adopting baby Gemma Rose

Parker is confirmed for the movie press conference at Crown Casino on Tuesday 1st November and will be doing the red carpet premiere at Crown following day.

Many a hotel - resort in Melbourne's CBD would love for Parker to be their guest. No prizes for guessing how is most likely in the running.

The flick be released nationally on November 3.

I Don't Know How She Does It

Sex And The City (HBO)