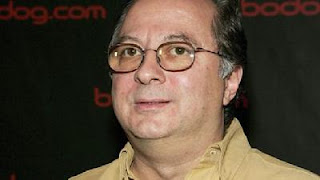 Mid range actor John Marinacci has been arrested along with 36 others as part of an inquiry into a mob-connected gambling ring in New York.

The 56 year old, who has appeared in episodes of The Sopranos and Boardwalk Empire, was hauled in by police as part of Operation Flat Rate after allegations he solicited bets, collected money and took a percentage of losing wagers for the Gambino crime family.

Deputy Attorney General Peri Alyse Kadanoff announced on Tuesday that police have gathered a "great deal of wiretap evidence" against 37 members of the ring, which allegedly operated in Brooklyn from April 2010 until April 2011. Three other Gambino associates were also arrested.

It's understood Marinacci is or was associated with controversial online poker brand, Bodog, and industry insiders are suggesting that it may be a good idea for the keen gambler to change to a less risky brand, be it World Poker Tour or World Series of Poker (if they will take him).

Other actors from The Sopranos or Boardwalk Empire are not under suspicion of illegal gambling.

Something tells us that the poker lover will soon be self sponsored and will be practising his flushes with inmates.