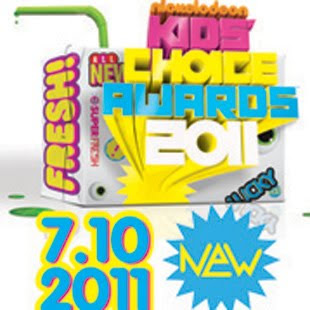 The 2011 Australian Nickelodeon Kids’ Choice Awards! are almost upon us.

Everyone is getting ready to hit the orange carpet at the mega event. It all takes place at the Sydney Entertainment Centre tonight. We've found out from our spies about a ton of great performers confirmed to take to the stage!

Even WWE’s outspoken CM Punk will taking to the stage, having caught a plane just for Australian fans (and viewers we suspect).


We also heard something about magician Cosentino to hit the stage.

Expect fun, and also expect the unexpected. Stay tuned for news you won't find anywhere else!

The road to slime has begun and the 2011 Australian Nickelodeon Kids' Choice Awards will once again be the biggest party for kids on the planet! Featuring celebrity presenters, hot music acts, surprise reveals and gallons of gooey slime, this is the hottest family entertainment ticket in town!

New award categories will this year see KCA celeb veterans Rove McManus, Guy Sebastian, Natalie Bassingthwaighte and Bindi and Robert Irwin compete to be inducted into the HALL OF SLIME, while breakthrough Aussie stars Cody Simpson and Samara Weaving battle it out against American npminees Willow Smith and Victoria Justice for the SUPER FRESH award.

In a new and highly contentious hot topic category, will it be PM Julia Gillard or Opposition Leader Tony Abbott that gets voted by kids as the 'most green' to take out the SLIME MINISTER? And, will they be brave enough to accept the nation's dare to prove how green they really are - literally - and be SLIMED live on the KCA stage?