Al Pacino to visit The Star Sydney with An Evening with Al Pacino, by Greg Tingle - 26th October 2011 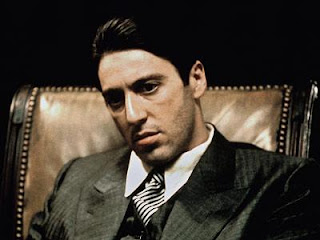 "Fredo, you're my older brother, and I love you. But don't ever take sides with anyone against the Family again. Ever." - The Godfather (1972)

Legendary actor Al Pacino will be bringing his one-man show, An Evening with Al Pacino, to Sydney next month as part of a special happening on the 17th and 18th November at The Lyric Theatre, The Star.

In a unique performance Al Pacino entertains audiences as he revisits his amazing career and most memorable roles.

Part of the gig includes an intimate on stage interview followed by audience members pitching questions to the living legend.

We've heard the night also concludes with an unforgettable acting finale which needs to be witnessed to be believed.

Pacino has performed for over 40 years and some of his best known work includes The Godfather, Dog Day Afternoon, Heat and Scent of a Woman and Scarface.

Echo Entertainment and The Star powers that be continue to impress with their entertainment offerings, and Pacino has obviously embraced the opportunity, as have many other showbiz legends such as Russell Crowe and Leonardo DiCaprio.

Crown Casino's top brass including James Packer are watching this space closely, so expect Crown to pull a rabbit or two out of the hat as the battle between The Star and Crown Casino continues.