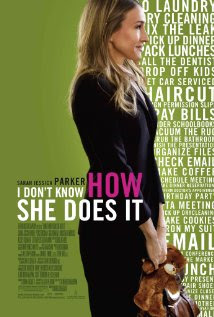 Famous actress Sarah Jessica Parker of 'Sex and the City' fame will soon be in Melbourne to both promote her new film and also to take in Oaks Day as well as the Melbourne Cup.

Don't get us wrong. She just loves Sydney (and its great weather and beaches), but its in Melbourne where she will get to mix business and pleasure.

The American beauty and talented producer will attend the traditional Ladies Day at Flemington in November when she heads to Melbourne for the first time to promote her flick, I Don't Know How She Does It.

We've also been told she's going to be a very guest at the Crown Casino Marquee, one of the most exclusive, as you might have guessed.

"It's a perfect match on this most traditional of race days," Ms Peacock said.

The new movie, 'I Don't Know How She Does It', also staring Greg Kinnear, Christina Hendricks from Mad Men and Pierce Brosnan, focuses on the life of Parker, a mum-of-two balancing work and family life.

The press conference is to be held on Tuesday 1st November At Crown's complex and the Australian premiere is on Wednesday 2nd November, also at Crown.

It's rumoured that Ms Parker will be staying at the exclusive Crown Towers, where other actors such as Tom Cruise and his actress wife Katie Holmes have also stayed when doing Melbourne. Crown have not confirmed her rumoured stay at this stage.

Crown Limited top dog, James Packer and his world class team continue to impress with their continues successes into the broad entertainment and lifestyle sector. If the entertainment business has elements of being a game, Mr Packer and team sure look like they are winning.

The film be released nationally on November 3.

I Don't Know How She Does It

Sex And The City (HBO)