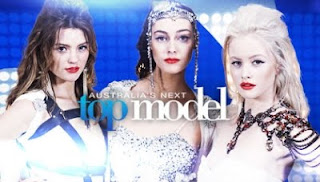 Australia's wait is finally over.

Australia's Next Top Model is the ultra talented and beautiful Montana Cox.

The sweet 18 model said she was both surprised and delighted when it was announced Cox was in fact the season 7 winner of the reality television series at the world famous Sydney Opera House.

"I did not think I would get this far", she told the press.

Cox was the fashion biz favourite throughout basically the whole competition and went on to also win the public vote via SMS.

"It was really good to have that support from the industry," she said.

"It gave me a lot of confidence."

Thank god the event was smooth sailing, with no repeat of last year's rather controversial close when Sarah Murdoch announced the wrong contestant as the winner. Even models who progress to high level media identities are not quite perfect.

Foxtel's Fox 8 will show series eight of Australia's Next Top Model in 2012.

It's understood that tonight's 1 hour broadcast did impressive ratings and most advertisers and sponsors were extremely happy with the end result.

What will Australia's teen girls talk about now? Don't worry, there will be something, and of course the New Zealand equal of Top Model is coming up soon too, just to make sure we all get our fix of thin (and healthy) models.