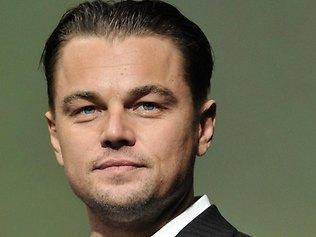 Leonardo DiCaprio may be enjoining a working holiday or sorts (more working we understand), while enjoying the company of models in and around The Star (formally Star City Casino), but he's still thinking ahead.

As just about all of Australia, if not the world knows by now, 'Our Leo' is currently filming Bazmark's The Great Gatsby at Fox Studios, Moore Park. Ok, yes, he's catching up with a model or two also when the opportunity arises.

It's now been revealed that DiCaprio is tipped to play Enigma codebreaker Alan Turing in a biopic feature of the famed British mathematician.

Various media reports are surfacing that Warner Bros. have outbid several indi studios with a seven figure cheque for the rights to the 'The Imitation Game'...penned by virginal screenwriter Graham Moore...as Leo is keen as a Skippy kangaroo to play the lead.

Now get this. Turing was prosecuted by British thought police after the war for having a sexual relationship with another man, and forced to undergo "chemical castration" rather than being sent to prison for his sexuality.

The genius mathematician and computer scientist committed suicide by eating an apple laced with cyanide and it is claimed Steve Jobs named his company Apple as a tribute to him. We are not suggesting Jobs was gay, but readers will make their own minds up on that point.

Turing appeared to be written out of the 2001 film Enigma, about the Bletchley Park codebreakers, despite being the leading figure in World War II.

Dougray Scott's character Jerico seemed to resemble Turing, but he was heterosexual and had an affair with Kate Winslet's character.

Director Ron Howard is said to be interested in the film, but no deals have yet been made.

Leo, who will next be seen playing the title role in Clint Eastwood's J Edgar, has been shooting Baz Luhrmann's The Great Gatsby.

Not long after that, he is due to play the bad guy in Quentin Tarantino's controversial spaghetti western Django Unchained.

For the world's producers and directors, let's hope Leo doesn't get too carried away with the Aussie spirit of "Work hard, play harder", as is likely to hold true at his current residence - an entire floor of The Star, thanks to the generous folks at Echo Entertainment and Star, many of which the management team just happen to be Leo's fellow Americans.

Long live the Australian - Hollywood - AussieWood connection. Thus far Leo's gamble to do Australia for business and pleasure looks to be paying off. Kendal Schuler and a bush tucker bag of Aussie models are not commenting. Baz sure seems happy with Leo's "down under" visit. Leo, you're throw of the dice.

News just in: Paramount Pictures is currently developing a remake of The Gambler with the original producers, Robert Chartoff and Irwin Winkler. Intended as a new directorial project for Martin Scorsese, Leonardo DiCaprio has snatched the lead and William Monahan will write the screenplay.