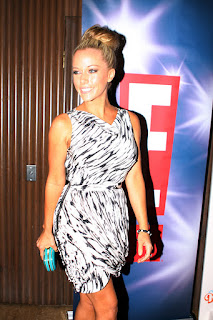 She's known for a few things, mainly Playboy, The Playboy Mansion, and all that, but now she's got a Reality TV show, and us Australians are going to find out all about it.

The 26-year-old model - actor - entrepreneur has been spotted sight seeing in Sydney, while getting ready to promote her self titled reality TV show, Kendra.

The blonde media heat seeker, always very well-known for being one of Hugh Hefner's lucky three girlfriends had a whale of a time enjoying a boat cruise around Sydney Harbour with her mum, while taking photos. Yes, her photo was also taken.

Kendra arrived in Down Under on 13th October and snatched quite a few cheers and wolf whistle's from the Sydney Airport staff. The walk past is understood to have lifted the striking workers spirits. Naughty, naughty.

The glamour model did tonight (or at least the first part of it) at the exclusive Sydney night spot, The Ivy.

Like many a celeb, she's quite the fan of Twitter, yesterday tweeting: 'Wow I'm having the best time in Sydney!! Australia is amazing! Can't wait to show you guys my pics from my trip!'

Kendra's reality TV show focuses mainly on her life after leaving the famous Playboy Mansion and getting engaged to then Philadelphia Eagles receiver, Hank Baskett. Kendra is understood to enjoy ball sports.

The star's virgin appearance on TV was via the TV series 'The Girls Next Door', which followed the lives of Playboy Hefner's, then-girlfriends: Kendra, Holly Madison, and Bridget Marquardt.

Before you could say Playboy Bunny, Kendra moved out of the Playboy Mansion in 2009 after meeting future husband Hank, and began filming her Kendra.

American audiences were into the show and Kendra is praying that Australian audiences will feel the same way too. Well, they are bound to feel something, so hopefully its good.

The former Dancing With The Stars contestant married Hank in June 2009, and their boy Hank IV was born in December of that year. In case you were wondering, the star's family have not joined her on her latest press trip.

Kendra looked to be enjoying herself at The Ivy tonight, and it sure looks like she's into the Australian mantra of "Work hard, play harder."

The looker has told Australian press: "The mansion will always be a part of my life and I'm very appreciative of that. Especially Hef. He is like family. So when the time comes I will open up to my son about my days there and the stuff I went through," she said.

"I knew what I wanted. It was always to have a family".

"I lived at the mansion from the age of 18 to 21 and once I had that experience and that whole party thing out of my system I was really ready to settle down."

Australian news hounds are expected to continue to track her every movement, and Kendra plays along in the game, making sure everyone knows about her new upcoming Reality TV show. 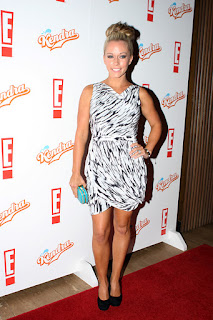 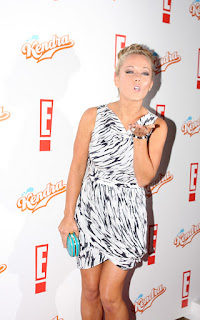