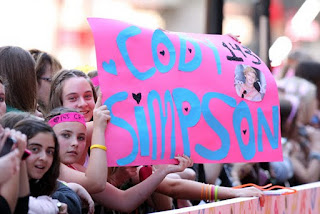 What a day and what a night. This was Australia's night of nights for kids and teenagers.

Thousands of fans, mainly teenage girls, swamped outside the Sydney Entertainment Centre, some from as early as 5am, waiting for their favorite entertainment industry stars.

By around 2pm, the line ups behind barracades were 30 people deep, and much of the press pack turned animal. Some teenage girls had home-made signs listing their mobile phone numbers, which I thought was not appropriate, and potential dangerous for the young ladies who advertised them. I don't know if I was fortunate or not to be taking photographs alongside the fans on this big outing. The million dollar question at big red carpet events like this is "Who is worse: The media, the fans, the kids or parents?"

Finally, at 6pm, the indoor part of the Nick awards kicked off and the audience went banana.

Bindi and Bob Irwin have scored top bragging rights at the Australian Nickelodeon Kids' Choice awards, taking home the Hall of Slime Award for 2011 (the slime is green in case you wondered, and CM Punk won't forget it in a hurry).

Bindi and Bob beat Natalie Bassingthwaighte, Guy Sebastian and LA - USA planted Rove McManus, were splurted with green slime as popular Daniel MacPherson announced them as the first ever winners of the award.

"It is such an honour just to be nominated. It's a wonderful award," Bindi told the media.

"We're carrying on in our dad's footsteps. He originally got the Burp Award here at Nickelodeon," she said.

"I might not live in Australia at the moment, but Australia always lives in me," he told the crowd as he accepted his third award for the night, Awesome Aussie. The pop star performed a medley of some of his numbers 'Just For You' and 'On My Mind' for the thousands of screaming fans (80% girls), entering the grand stage with his guitar before ripping it up with dancers, and he even picked a one in a million young lady fan from the sold out crowd to sing to.

A record breaking 1.6 million kids' votes were counted to determine the winners.

Ten's Masterchef judge Matt Preston, who also took out the award for Awesome Oldie, dipped his arm into a big tank of green slime to rip out the word Julia, announcing Julia Gillard as the Slime Minister.

Prime Minister Julia Gillard (look-a-like) accepted the award. The real one wasn't there. The very same one who also didn't watch the ABC tele sexy tribute to her since she "had better things to do".

"Tonight, I'm proud to go green because you voted me Slime Minister," Julia Gillard's look-a-like announced to the audience.

"I'd like to ban budgie smugglers", she added before dancing with Australia's Got Talent winners, Justice Crew and being covered in slime along with "Mr Masterchef" Matt Preston.

Kyle Sandilands beat WWE superstar CM Punk ('The Best In The World'... in case you didn't hear) to win Baddest Baddie, accepting the award electronically from Los Angeles, US of A).

Jennette McCurdy proved that she was a fab choice to co-host the night, besting Camp Oranges Luke and Wyatt, Hamish and Andy and Josh Thomas to take out the LOL Award.

Cody Simpson returned to the grand stage to wrap up the night, performing his hit number All Day before being covered in green slime from head to toe.

Insiders tip it was one of the better Nick Australia Kid's Choice Awards from a paid audience perspective, but also one of the most chaotic in history from a red carpet planted fan perspective.

What a crazy day. We hope no one got hurt - big ego's or otherwise. Ok, get nicked.

Replays of the event can be found on Foxtel's Nickelodeon channel this Saturday (Noon) and Sunday at 10.30pm. 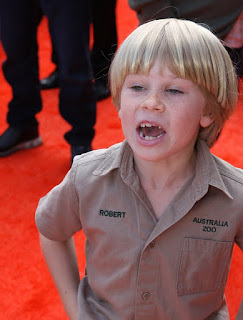 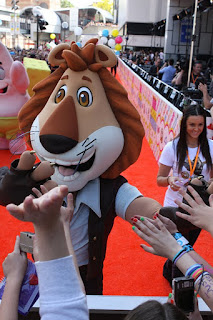 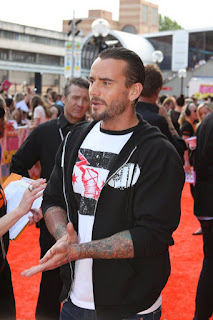 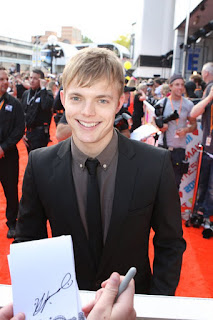 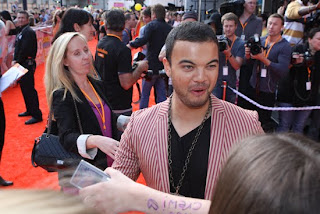