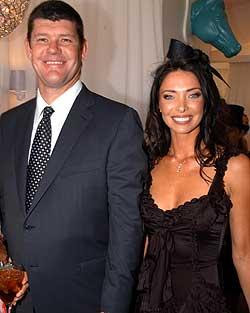 Crown Casino chairman James Packers says suggestions his business relies on problem gamblers are upsetting and he is not ignoring the human cost of profits.

But he says he's not ignoring the human cost of casino profits.

JAMES PACKER, CROWN CASINO CHAIRMAN (FAIRFAX RADIO): This perception that the only people that come to Crown are helpless victims and we are just sitting there praying on them, you know, I reject that absolutely and that does upset me. And I think that that is, you know, that is a spin line from the latte set, which is completely wrong.

ALI MOORE: Independent Senator Nick Xenophon says James Packer is in as much denial as a problem gambler.

He has challenged the Crown Casino chair to open his gambling books for public scrutiny.