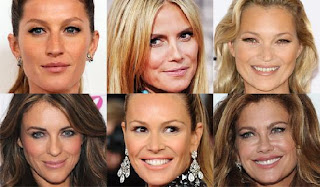 What happens when you combine supermodel success with business brain?

You get what's known as a super-mogul - and more and more of the world's most famous fashion figures are leaping off the catwalks and newsstands and into the ranks of this elite club.

According to Forbes, which has estimated her annual income is $US45 million (NZ$54m), she could be a billionaire by the time she turns 32 this year.

She also has a few hefty income sources aside from lucrative Versace and Dior contracts and her real estate holdings: there are also her successful jewellery and footwear lines and she recently launched her own lingerie company in a joint venture with a Brazilian retailer.

Unlike most celebrities who license their name to the company, though, she created her own brand, Gisele Bundchen Brazilian Intimates. In an unusual move, she will also own a stake in the company.

Veteran super-mogul Elle Macpherson, who set up set up Macpherson Inc way back in 1988, also earns more than she did as a model thanks to global intimates and lingerie ranges, a new line of skincare and other projects. Her business empire estimated to be worth around $US120m (NZ$144m) and she has been listed as one of Australia's top ten richest celebrities in recent years.

According to Forbes, the economic climate is once again blowing in the favour of the supermogul. With consumers cautiously spending on luxury goods once more, the 10 top-earning female models made a combined $US112m (NZ$134m) in the 12 months to May 2011, a 30 per cent increase on the previous year.

All of these women sell their own product lines and these usually span clothes, shoes, fragrances, skin care and jewellery. What sets Kathy Ireland apart, however, is that hers is not the usual glamour product range.

Over the past two decades, Ireland has quietly built a $US300m (NZ$360m) brand that is attached to a diverse range of home furnishings including ceiling fans, flooring, mattresses, desks and even windows.

Moreover, these are designed and priced to suit busy mothers (think stain resistance and rounded corners).

The 48 year-old, who reportedly now has three kids and four dogs or her own, recently told Forbes Magazine it was for this reason that she no longer did grand store openings, as they tended to attract the wrong type of people.

"What happens is the store gets cluttered with guys who are there with 500-year-old copies of Sports Illustrated. How does that help a busy mum? These people are just in her way," she said.

Though Ireland has said she had entrepreneurial tendencies even as a child, her business success was sparked back in 1993 after she released a humble line of socks with her name on it. They started out in a few sporting goods stores, then a mass retailer started to carry them and they proved to be a hit.

From there, Kathy Ireland Worldwide expanded into other clothing lines and then, in 1998, moved into home furnishings, followed by other busy-mum-centric offshoots like kitchenware and outdoor products.

The business, according to Ireland, is about solutions, initially for families (especially busy mums) and is expanding into solutions for business people (think workstations) and people in love (think wedding gowns).

But don't extreme good looks dent your business credibility? Yes, according to Ireland. "There were times when I knew my ideas would have been taken more seriously if I was just looked at as the CEO but there's always the modeling thing," she told Forbes.

If her fortunes, and those of many other supermodels are any indication, though, this isn't presenting too much of an obstacle.

These days, according to Forbes, the California-based 42-person business sells $US2 billion a year at retail, which translated into $US850 million in wholesale sales last year. From that, Ireland would have got a royalty payment of roughly 6 per cent equating to around $US50 million in revenue.

She doesn't just endorse her products though, she helps to design and promote them - but others make and sell them, so most of that revenue is pure profit for Ireland, who is the 100 per cent owner, according to Forbes.

On this basis, it has estimated that based on the likely cash flow of $35 million, Kathy Ireland Worldwide is worth somewhere around $300 million. (Fairfax Media)
Posted by Media Man Int at Thursday, April 26, 2012