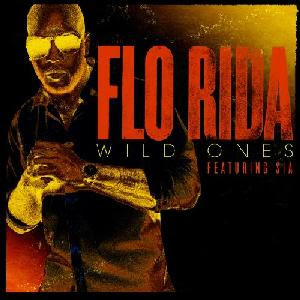 As media and entertainment commentators predicted, Flo Rida maniacs grooved, danced and sung their hearts out, with a few media folks out also catching a close up afternoon dance with the Flo man.

The concert began with chants of "Flo Rida", with Flo Rida staying on mic... "I say Flo, you say Rida", and the fans followedd his lead and were into it big time. Then the Flo man started with mega hit 'Good Feeling' - a number that was his sixth top-10 and fourth top-five single on the charts. The song went on to became a top ten hit in 16 countries.

As is sometimes the case, media were not permitted to stay the whole concert, and in face today media were allowed filming of just one song. Still, we were very close up, secured great photos and videos, and loved the music, so we went home happy. It was quality, not quantity, but speaking of numbers - there were about 2000 screaming fans there that hung on every word and beat.

We understand that Flo Rida has been spending a lot of moolah at luxury hotels down under, so it might make financial sense for him to buy a pad here also. Plus, his Australian fans are some of the most passionate in the world, as they demonstrated again today, and Australia looks ready to adopt him... if he desires.

The mega popular chart-topping American rapper is wrapt to be back in "Sin City" Sydney again, and he plans to hold many more concerts for his loyal Australian fans.

Flo Rida arrived yesterday morning after a workout in the hotel gym and lunch, he got into the promotional mindset - pushing his new EP, Good Feeling.

The title track has already enjoyed strong success after it was used as the theme for the return of Australia's Young Talent Time but Flo and his record label are keen to see it rocket up the charts once again.

"It's part of the way music works these days, in commercials, and I've also been fortunate to have my songs in movies to give them another life," Flo told News Limited press.

One of the Music News' and Media Man agency favourite songs which continues to perform strongly on the charts is his No. 1 smash 'Wild Ones', with Australian singer Sia.

"I was in the studio out in LA and was brought into a room where Sia was. I heard her amazing voice - I fell down to the floor and I told her: 'Man, we get this record right, it's going to be a huge worldwide smash'," Flo said. He was right on the money.

Flo and support crew - thanks for your awesome hospitality today. The mini concert was awesome and even exceeded our sky high expectations.

We are in the multitudes who believe that Flo Rida will be at the top of his game for many years, and we don't mind one bit if he chooses to call Australia home.

Australia needs more top line live performing artists and shows, and Flo Rida and his crew are world class all the way baby. We say Flo - you say Rida.