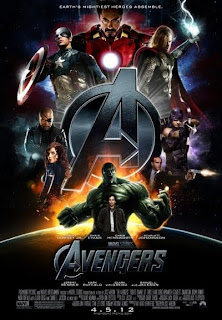 Who doesn't like a good superhero movie (or game) from our friends at Marvel Entertainment? That's what we thought.

It doesn't matter what part of the universe you are from - Bondi Beach, the city, Hollywood, Italy, India - Bollywood, Japan and all points in between - Marvel superheros are an international hit.

You have to hand it to Marvel Entertainment and their movie production partners - they have been on a roll for the past few years.

Thor was awesome, so was Iron-Man 1 and Iron-Man 2, Captain America: The First Avenger - fantastic, and upcoming The Avengers may prove to be Marvel's best flick ever.

The Avengers, coming in May we understand, has signed Robert Downey Jr and its directed by Joss Whedon, so that's an awesome start.

Iron Man 3, opening in the US May 2013, re-teams Downey with Shane Black (Lethal Weapon). The writer-director, who launched Downey’s comeback in Kiss Kiss Bang Bang, has a gift for creating funny as stuff.

Thor 2 is also in the works, although without Shakespearean-actor-turned-action-director Kenneth Branagh at the helm. It's understood that Patty Jenkins, who helped propel Charlize Theron to an Oscar with Monster, will direct The Nine Worlds sequel.

Nick Fury and the international agency S.H.I.E.L.D. bring together a team of super humans to form The Avengers to help save the Earth from Loki & his various membered army.

The well known Media Man agency said "For the past few years Marvel Entertainment has put out some of the most impressive super hero genre motion pictures. They perform at the box office as well as in the merchandising area, bet it games, t-shirts or action figures. The Avengers might well be the most successful Marvel Entertainment movie ever released, based on the early positive buzz and inside reports we're getting. It's likely to be at least a top 5 grossing movie for this year".

The coming year sure looks to be as great for Marvel fans as the previous. As Marvel living legend Stan Lee would say, Excelsior!