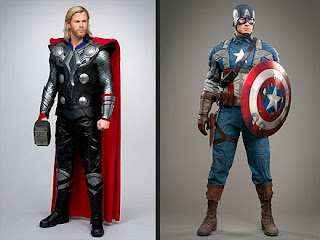 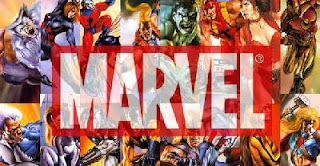 Madame Tussauds New York, USA, has revealed a first look at their new interactive Marvel Super Heroes exhibit, set to open on Thursday, April 26th, just before many of the heroes appear on the big screen in the May 4th release of Marvel's 'The Avengers'.

Captain America, as portrayed by Chris Evans in the 2011 blockbuster film, Captain America: The First Avenger, will stand in his patriotic red, white and blue costume, holding his circular shield. Thor, as portrayed by Australian actor Chris Hemsworth in the hit 2011 film, Thor, will wield his mighty hammer, Mjolnir.

“We’re bringing the Marvel Super Heroes that so many of us grew up with to life,” said Bret Pidgeon, General Manager of Madame Tussauds New York. “Marvel fans young and old alike will now have the opportunity to see, interact with and stand alongside their favorite characters.”

The exhibit will lead visitors through a long hallway and downstairs into the secret command center to unlock their powers alongside their favorite heroes. Captain America and Iron Man stand at the ready while Spider-Man crouches, about to spring into action and a 15-foot-tall likeness of The Hulk emerges through a wall into the Gamma Radiation Lab.

Expo visitors will stand at the “Contamination Station” to see if they’ve been exposed to the gamma rays that turned Dr. Bruce Banner into his green alter ego. They will also have the opportunity to wield the hammer Mjoilnir alongside of Thor as he emerges through a portal from Asgard prepared for battle.

“From the pages of our comic books to the big screen and now live in wax – it’s a great thing to see some of our best-loved Marvel characters come to life in this fun and interactive way,” said Joe Quesada, Chief Creative Officer of Marvel Entertainment. "For more than 70 years, Marvel has captured the imagination of fans around the world and we’re excited to be working with Madame Tussauds New York to open this amazing experience for everyone to enjoy.”

The never-before-seen Marvel Super Heroes 4D Experience places visitors in the middle of a Stark Industries press conference. Viewers can not only watch as Peter Parker asks Tony Stark questions, but feel the commotion once the press conference is interrupted by the evil Loki and Dr. Doom. Viewers will feel as though they are joining Marvel’s greatest Super Heroes Iron Man, Captain America, Thor, The Hulk, and Spider-Man to battle their nemeses. Excelsior!

Australia's favorite son, Hugh Jackman, is returning back down under to Australia to make The Wolverine, his sixth showing as the Marvel Comic book adapted character, thanks to a whopping $12.8 million federal government subsidy.

And while referred to as "one-off", the local film industry is hopeful that the near-doubling of the standard assistance for a big-budget foreign production is a sign of things to come in next month’s budget.

The Wolverine is set in Japan but will be shot at Fox Studios in Sydney between July and December. Hugh Jackman will star and produce.

“It’s so great to bring these big movies down there, to keep people working,” Jackman told the Today program from London, where he is doing Les Miserables for Oscar-winning director Tom Hooper (The King’s Speech). “I just have to say thanks to Prime Minister Gillard, she was instrumental with this.”

Ms Gillard and Arts Minister Simon Crean jointly announced on Friday "a one-off payment" that provides Marvel Entertainment, the Hollywood producers of The Wolverine, a 30 per cent rebate through the tax system on production expenditure in Australia. "Without this … the producers of The Wolverine would not have chosen Australia as the location," their statement disclosed.

They claimed the subsidy would generate "over $80 million of investment in Australia and create more than 2000 jobs".

But local industry figures are hopeful the "one-off" caveat could soon be lifted.

"It’s a positive step for us, it shows the government’s willingness to look at the proposed increase to the location offset," said Debra Richards, chief of Ausfilm, who is responsible for atracting big-spending foreign productions to Australia.

Ausfilm and others have been lobbying the government for an increase in the foreign location offset for the past three years as the strong Australian dollar and competing incentive schemes offered by more than 40 states within the US and countries such as the UK, Canada and even Malaysia combine to make Australia too expensive for big-budget foreign productions.

The offset was introduced in 2001, at 12.5 per cent. At the time, the Australian dollar was worth about 50 cents. In 2007 it was increased to 15 per cent as a number of other territories copied, and often bettered, Australia’s incentives. Last year it was increased to 16.5 per cent.
The industry is seeking an increase to 30 per cent, and is understood to have backing from both sides of politics because big-budget foreign productions are seen as important in training and retaining technical personnel.

Crucial to the case it has taken to government is the argument that the cost to government will be relatively low as Australia is unlikely to be inundated with big productions. “It won’t be opening the floodgates,” said Ms Richards. “There’s a natural capacity here in terms of personnel and facilities.”

Sources suggest that capacity might be one large production per annum in each of Queensland (Warner studios), NSW (Fox) and Victoria (Melbourne Docklands Studios).

Docklands boss Rod Allan welcomed the news with both cautious optimism and regret.

"I think it’s terrific the federal government is willing to look at a one-off production offset and I hope that’s an indication of its willingness to look at the offset generally,” he said.
“I’d have preferred Wolverine to have come here, but now the Sydney studios are tied up for the rest of the year we’re in a great position to compete for other projects."

Asked if the decision foreshadowed an announcement on the offset scheme in the budget, Simon Crean’s office replied "the issues facing the screen industry are important to the government and will remain on our agenda over the coming years".

The budget will be handed down on May 8.

In the meantime Australian movie fans, especially those of the superhero genre, are hopefully that the likes of Marvel Entertainment and DC Comics will produce more upcoming movies on Australian soil.

A Media Man agency rep said "Something tells us that not only are fans, Marvel Entertainment and DC Comics watching these exciting developments closely, so are the likes of Frank Miller Inc and others. Australian actors, technical staff, make-up and wardrobe talent, honey wagon operators, the hotel industry, gaming developers and a range of other services companies are delighted with the Wolverine production news, and are hopeful that the Australian government will continue to find initiatives to give the Australian movie business more shots in the arm that it needs".

Stay tuned as we witness the Australian movie sector continuing to claw, kick and scratch its way back to its former glory. As Marvel Entertainment comic icon Stay Lee would say, Excelsior!

Wolverine is a fictional character, a superhero that appears in comic books published by Marvel Comics. Born as James Howlett and commonly known as Logan, Wolverine is a mutant who possesses animal-keen senses, enhanced physical capabilities, three retracting bone claws on each hand and a healing factor that allows him to recover from virtually any wound, disease or toxin at an accelerated rate. The healing factor also slows down his aging process, enabling him to live beyond a normal human lifespan. His powerful healing factor enabled the supersoldier program Weapon X to bond the near-indestructible metal alloy adamantium to his skeleton and claws without killing him. He is most often depicted as a member of the X-Men, Alpha Flight, or later the Avengers.

The character first appeared in the last panel of The Incredible Hulk #180 (his first full appearance is in issue #181, November 1974) and was created by writer Len Wein and Marvel art director John Romita, Sr., who designed the character, and was first drawn for publication by Herb Trimpe. Wolverine later joined the X-Men's "All New, All Different" roster in Giant-Size X-Men #1 (May 1975). X-Men writer Chris Claremont played a significant role in the character's subsequent development, along with artist/writer John Byrne, who insisted on making the character older than the other X-Men. Artist Frank Miller collaborated with Claremont and helped to revise the character with a four-part eponymous limited series from September to December 1982 in which Wolverine's catchphrase, "I'm the best there is at what I do, but what I do best isn't very nice," debuted.

Wolverine was typical of the many tough, anti-authority, antiheroes that emerged in American popular culture after the Vietnam War; his willingness to use deadly force and his brooding nature became standard characteristics for comic book anti-heroes by the end of the 1980s. As a result, the character became the clear favorite for fans of the increasingly popular X-Men franchise. Wolverine has been featured in his own solo comic since 1988 and has been a central character in most X-Men adaptations, including animated television series, video games, and the live-action 20th Century Fox X-Men film series, in which he is portrayed by Hugh Jackman. In May 2008, Wolverine was ranked #1 out of Wizard magazine's Top 200 Comic Book Characters of All Time and was ranked as the 4th Greatest Comic Book Character by Empire magazine in July 2008. On their list of the 100 Greatest Fictional Characters, Fandomania.com ranked Wolverine at #21. In May 2011, Wolverine was ranked 4th on IGN's Top 100 Comic Book Heroes (Credit: Wikipedia) 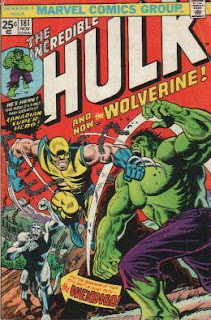