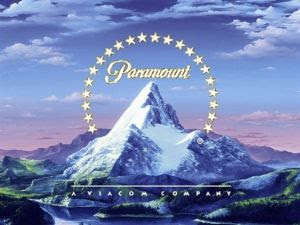 It was the offer that the powers that be at Paramount Pictures could not refuse.

Google and the Viacom-owned movie giant have inked a licensing deal that will give viewers in the U.S. and Canada access to hundreds of films, including the popular classics such as The Godfather trilogy, Ferris Bueller’s Day Off and Hugo, reports Digital Journal.

When the news broke Australian movie and technology fans were quick to also request that the land down under also get the service - after all - the internet is supposed to facilitate the flow of information ala Human Rights Commission, but over the past year many Australians have not been able to enjoy the same internet broadcasts and content in general as Americans - movies, games, poker, hard hitting news media websites... you name it. Might be something for Media Sans Frontiers to look a bit closer at. Alas, on with the story at hand...

The catalog of approximately 500 Paramount Pictures released movies will available through YouTube and Google Play for an estimated $2.99 - $3.99 USD according to social media reporting website portal Mashable. HD versions will most likely rent for higher.

The Paramount Pictures movies will be rolled out through YouTube and Google Play over the next month.

Apple has agreements with all six movie companies to stream and sell digital downloads of movies through iTunes.

Mashable states Google and the movies studios are currently discussing the possibility of also selling the movies through Google Play.

It's yet another foot in the grave for American, Canadian (and perhaps soon) Australian DVD rental outlets - long known for overcharging - late fees or not.

The Media Man agency said "All power to Paramount Pictures, Google, people power and the spirit of internet commerce. As Charles Darwin said 'It is not the strongest of the species that survives, nor the most intelligent, but the one most responsive to change.' The internet movie rental business should test Darwin's theory, and most switched on people will already forecast the outcome. The technology and time is right for this initiative to be turned on globally".


The Hunger Games leads U.S box office for third week in a row...

Movie hit "The Hunger Games" survived fresh competition from the "Titanic" and “American Pie” to mark its third domestic box office win over the weekend.

“Hunger Games” took in $33.5 million at U.S. and Canadian theaters from Friday through Sunday and lifted its domestic sales through three weekends to $302.8 million, according to studio estimates released on Sunday.

The Easter weekend receipts for “Hunger Games” topped “American Reunion,” a sequel to one of film’s biggest comedy franchises, and a 3D remake of “Titanic” timed for the anniversary of the ship’s sinking. It was the third straight box office win for “Hunger Games.”

International ticket sales since its opening reached $157.1 million through Sunday, bringing the film’s combined domestic and overseas receipts to $460 million.

The Lions Gate Entertainment Corp movie about teens forced to fight to the death stormed into theaters on March 23 with a staggering domestic take of $152.5 million, the third-biggest weekend debut and the highest for a non-sequel.

Fan fever, plus a lack of big competitors at multiplexes, has kept “Hunger Games” hot, said Paul Dergarabedian, president of the box office division of Hollywood.com.

“Great word of mouth, coupled with a release date that has given it a pretty open playing field, has allowed the film to effectively dominate the marketplace,” he said.

The movie stars Jennifer Lawrence as Katniss Everdeen, the skilled archer and heroine of the post-apocalyptic story based on Suzanne Collins’ best-selling young adult novel.

In second place for the weekend, “American Reunion” met studio forecasts by ringing up $21.5 million in North America (the United States and Canada). International sales added $19.3 million, for a global total of $40.8 million.

“Reunion” is the fourth movie in the “American Pie” franchise that kicked off 13 years ago with a pack of high-schoolers out to lose their virginity before graduation.

The original film, famous for a scene in which a pie is used to simulate sex, spawned two big-screen sequels and helped lead the way for future raunchy adult comedies. The first three “Pie” films grossed more than $750 million around the world.

In the new movie, the friends played by actors including Jason Biggs, Seann William Scott and Alyson Hannigan come together for a wild high-school reunion.

Exit polls showed 61 percent of “Reunion” filmgoers were older than 25, suggesting that it drew heavily from fans of the previous movies. Audiences gave the movie a “B+” grade in polling by survey firm CinemaScore.

“Titanic” drifted back into theaters on Wednesday with a 3D makeover and grossed an estimated $61.2 million around the world through Sunday. Of that total, $17.4 million came from domestic Friday-through-Sunday sales, ranking the movie in third place on North American charts and meeting studio forecasts.

The original 1997 “Titanic,” starring Kate Winslet and Leonardo DiCaprio as young lovers on the doomed ship, was a movie phenomenon that led domestic box office charts for 15 weeks. It earned more than $1.8 billion at theaters, the second-highest total for any film.

Partners 20th Century Fox and Paramount spent $18 million on the 3D conversion, which was released to coincide with the 100th anniversary of the Titanic’s sinking on April 15, 1912.

Rounding out the top five, 3D action sequel “Wrath of the Titans” rung up $15 million domestically. The movie had bigger sales overseas, where it pulled in $43 million and helped lift the global total after two weekends to $211.4 million.

Paramount Corp, a division of Viacom Inc, distributed “Titanic 3D” in the United States, and News Corp, a unit of 20th Century Fox, released the film in international markets.

The Media Man agency is tipping to keep a tab on all Dwayne "The Rock" Johnson flicks during the year, with "The Rock" well on his way to becoming one of the biggest movie draws of all time, following on from his professional wrestling aka "sports entertainment" success.


Pain and Gain Has The Rock And Mark Wahlberg; Adds Yolanthe Cabau...

Yolanthe Cabau has joined the all star cast of Michael Bay's dark comedy, Pain and Gain. This is the actress's Hollywood debut.

The comedy is based on a true story about a pair of bodybuilders in Florida, who get caught up in an extortion ring and a kidnapping scheme that goes terribly wrong. The actress will play the role of Barbara, the girlfriend of Mark Wahlberg's character. Mark Wahlberg and Dwayne Johnson are playing the body builders.

The Spanish/Dutch actress has a reoccurring role in a hit Dutch soap opera.

The flick is tipped to do massive box office, with "The Rock" seeming to do no wrong, in the wrestling ring, at the box office, or anywhere else.