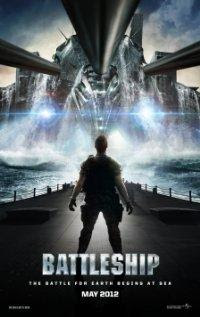 Ahoy. The battle for earth begins at sea in epic action-adventure BATTLESHIP - but tonight the all-star cast was warmly welcomed to iconic and circus like Luna Park Sydney, for the Australian Premiere of their highly anticipated new film.

From the studio that brought us Transformers, BATTLESHIP is an epic-scaled action-adventure that unfolds across the seas, in the skies and over land as our planet fights for survival against a superior force. Inspired by Hasbro’s classic naval combat game, BATTLESHIP stars Taylor Kitsch, Brooklyn Decker, Liam Neeson, Alexander Skarsgård and Rihanna.

Rihanna arrived (by BattleShip) - thanks to the Australian Navy and top brass Heath Robertson at approx 7pm and wore a black jumpsuit - much more conservative than what she normally wears on stage... perhaps to help protect herself from the cool breeze bouncing off Sydney Harbour.

A fleet of ships is forced to do battle with an armada of unknown origins in order to discover and thwart their destructive goals.

Calm Before The Storm; Rihanna Meeting With Film Director - Fun and Games...

The talented and gorgeous ladies wore their own T-shirts featuring old photos of the film's director Peter Berg while talking to Australian news media.

"This journalist came into an interview of ours - I think in London - and he had a Rihanna T-shirt and Brooklyn said 'I'm getting a Rihanna T-shirt' and I said 'no we should get Pete Berg T-shirts'," Rihanna said.

"So it was her idea and we ended up getting them printed and the whole cast has them.

"I cannot wait to see his face."

It's a bit different from the Barbados native's first meeting with Berg, who directed flicks such as Friday Night Lights, The Kingdom and Hancock.

"I had no idea who he was. I knew his face but I didn't know he was a director. I didn't even know it was a movie meeting I was in," she said.

"So he had little replicas of the aliens on this desk and I'm cracking up because he's calling them thugs. I thought 'this guy is so weird, why does he have all these toys in his room?'

"By the end of the whole meeting I had obviously figured out we were talking about a film but only at the end of the meeting I knew that he was the director, and it made me say 'oh (expletive)'. Let me backtrack everything I did in this meeting for the last hour. I hope I've got this part."

Early reports are that BattleShip is a quality film and most people will be very entertained. Think 4 out of 5 stars, which is much better than the average film these days. Well done to Universal and the powers that be. Fair winds. 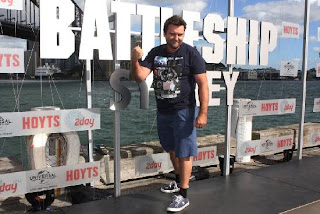