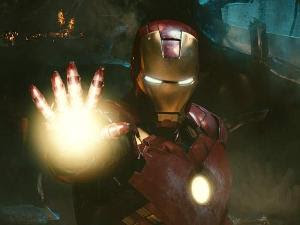 IRON MAN 3 will be the third movie in the billion-dollar plus franchise from Marvel and stars a returning cast including Robert Downey Jr. (as billionaire inventor Tony Stark) Gwyneth Paltrow (as Pepper Potts) and Don Cheadle (as James "Rhodey" Rhodes). IRON MAN 3 is produced by Kevin Feige and executive produced by Alan Fine, Stan Lee, Louis D'Esposito, Charles Newirth, Victoria Alonso, Stephen Broussard and Dan Mintz. The film is being directed by Shane Black who is working on the script with Drew Pearce. The film releases in the United States on May 3, 2013, and is being distributed by Walt Disney Studios Motion Pictures in all territories worldwide other than in China (which is being distributed by DMG Entertainment) and Germany/Austria (which is being distributed by the Tele Munchen Group).

"The popularity of the Marvel franchise globally creates a huge opportunity to deliver fans yet another action packed film," said Stanley Cheung, Managing Director, The Walt Disney Company, Greater China. "The co-production of IRON MAN 3 in China is testimony to the importance of this audience to Disney and the local industry capability to deliver a blockbuster title," he added.

"We look forward to working alongside DMG to bring IRON MAN to the Chinese marketplace in a significant way. We are confident that Marvel's stories will continue to be enjoyed by Chinese audiences, and adding a local flavor, and working with our new local partner, will enhance the appeal and relevance of our characters in China's fast-growing film marketplace," said Rob Steffens, General Manager of Operations and Finance for Marvel Studios.

"Our collaboration with Disney and Marvel marks a milestone in the global entertainment landscape, as this signifies the first multi-billion dollar franchise to be produced between Hollywood and China," said Dan Mintz, CEO of DMG Entertainment. "The IRON MAN franchise has been a major success worldwide, and we look forward to pushing the series to new heights with IRON MAN 3. The movie will further build upon its compelling storyline, and feature the hottest A-list stars, and spectacular action, which will resonate well both globally and in China, the second largest box office market in the world."

Shooting is expected to commence in May in the United States and begin location filming in China in late summer 2012.

About The Walt Disney Company in China

The Walt Disney Company DIS -0.45%, together with its subsidiaries and affiliates, is a diversified international family entertainment enterprise with five business segments and is a Dow 30 company with revenues of $41 billion in its most recently reported fiscal year. Disney's first animation screened in China in the 1930s and today our long association continues with offices in Beijing, Shanghai and Guangzhou with over 1000 employees. The Company has a broad range of businesses including publishing, broadcast, mobile, web, retail and its English language program, Disney English, which launched in 2008. Nearly 24 hours of Disney television programming is now available in China every week, reaching 300-360 million people each month. In September 2005, Disney opened its doors to its first theme park in China, Hong Kong Disneyland and in 2011 announced ground breaking for the Shanghai Disneyland Resort, a joint venture with Shanghai Shendi Group.

Marvel Entertainment, LLC, a wholly-owned subsidiary of The Walt Disney Company, is one of the world's most prominent character-based entertainment companies, built on a proven library of over 8,000 characters featured in a variety of media over seventy years. Marvel utilizes its character franchises in entertainment, licensing and publishing. For more information visit www.marvel.com . Super Hero(es) is a co-owned registered trademark.

Founded in China in 1993, DMG owns and operates a premier entertainment company (DMG Entertainment), and an award-winning communications agency (DMG Media), possessing nearly 20 years of experience. DMG Entertainment is a leader in China's film market through the production of a diverse portfolio of commercially driven films, including 2009's The Founding of a Republic, 2010's Go Lala Go!, and 2011's Beginning of the Great Revival, as well as through the distribution of Hollywood titles such as Twilight, Knowing, Killers, Resident Evil: Afterlife, RED, The Eagle, and Priest. DMG Entertainment has also produced Hollywood/China films including Looper set for release in 2012. DMG Media has provided strategic and creative campaigns for international brands looking to connect with Chinese consumers through DMG's all-encompassing platform. SOURCE: The Walt Disney Company China

Madame Tussauds New York, USA, has revealed a first look at their new interactive Marvel Super Heroes exhibit, set to open on Thursday, April 26th, just before many of the heroes appear on the big screen in the May 4th release of Marvel's 'The Avengers'.

Captain America, as portrayed by Chris Evans in the 2011 blockbuster film, Captain America: The First Avenger, will stand in his patriotic red, white and blue costume, holding his circular shield. Thor, as portrayed by Australian actor Chris Hemsworth in the hit 2011 film, Thor, will wield his mighty hammer, Mjolnir.

“We’re bringing the Marvel Super Heroes that so many of us grew up with to life,” said Bret Pidgeon, General Manager of Madame Tussauds New York. “Marvel fans young and old alike will now have the opportunity to see, interact with and stand alongside their favorite characters.”

The exhibit will lead visitors through a long hallway and downstairs into the secret command center to unlock their powers alongside their favorite heroes. Captain America and Iron Man stand at the ready while Spider-Man crouches, about to spring into action and a 15-foot-tall likeness of The Hulk emerges through a wall into the Gamma Radiation Lab.

Expo visitors will stand at the “Contamination Station” to see if they’ve been exposed to the gamma rays that turned Dr. Bruce Banner into his green alter ego. They will also have the opportunity to wield the hammer Mjoilnir alongside of Thor as he emerges through a portal from Asgard prepared for battle.

“From the pages of our comic books to the big screen and now live in wax – it’s a great thing to see some of our best-loved Marvel characters come to life in this fun and interactive way,” said Joe Quesada, Chief Creative Officer of Marvel Entertainment. "For more than 70 years, Marvel has captured the imagination of fans around the world and we’re excited to be working with Madame Tussauds New York to open this amazing experience for everyone to enjoy.”

The never-before-seen Marvel Super Heroes 4D Experience places visitors in the middle of a Stark Industries press conference. Viewers can not only watch as Peter Parker asks Tony Stark questions, but feel the commotion once the press conference is interrupted by the evil Loki and Dr. Doom. Viewers will feel as though they are joining Marvel’s greatest Super Heroes Iron Man, Captain America, Thor, The Hulk, and Spider-Man to battle their nemeses. Excelsior!