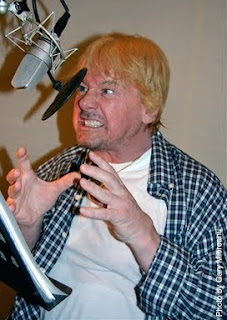 The WWE Hall of Famer discusses working as a voice actor for one of the villains on the new DC animated feature...

WWE.com caught up with Piper to chat about his voice work on Green Lantern: Emerald Knights..

How did he come by the role?..

The director heard me do other voice-over work and she asked me if I would do the voice for Bolphunga in the Green Lantern short. I actually loved working with Andrea Romano and I didn’t know a whole lot about the characters, but it turned out to be a really fun experience.

What type of character is Bolphunga?

Bolphunga is this real bad guy with no redeeming qualities, kind of like Mr. McMahon. He’s this alien that just doesn’t care about anybody. Bolphunga’s attitude actually reminded me of a lot of past and current WWE Superstars, so it was a very fun role to play. And with no real redeeming qualities, I was able to bring a bit of myself to the role.

What did he learn about The Green Lanterns from working on the movie?..

Well, you’ve got to have the ring. Every superhero has something and Green Lantern has the ring. What’s really cool is I actually got a Green Lantern ring from the producers and I gave it to my son before he went into a mixed martial arts fight and he won. It makes me a big fan of the character because Green Lantern’s not just smashing things, he thinks a bit. From the animated perspective, they really try to bring the morality to the situations for the kids watching, you’ve got to have justice.

Was he a comic fan before being asked to work on the movie?

No, in fact, I’m the guy that walked into Stan Lee’s office and said "Next time you do Batman, I’d be a great villain," and then I found out that Stan Lee didn’t create Batman. So, I didn’t really have any background on the comics or the universe going into the role.

For the full interview go to WWE.com