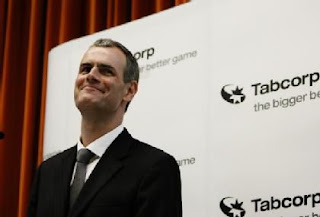 Tabcorp Holdings has received court approval to split its casino operations and its wagering, gaming and Keno businesses into two separately listed companies.

The Supreme Court of Victoria on Friday approved the scheme of arrangement for the demerger, and a copy of the court orders would be sent to the Australian Securities & Investments Commission, Tabcorp said.

Once the orders were lodged, the scheme would become binding, the company said.

Tabcorp's casinos business will now be known as the Echo Entertainment Group, with Tabcorp retaining the wagering, gaming and Keno operations.

Tabcorp said the separate companies would be better able to pursue their own strategies and capital needs and participate in industry consolidation or other corporate activity.

Echo Entertainment shares are expected to begin trading on the Australian Securities Exchange today while the demerger will be implemented formally on June 15.

Standard & Poor's Ratings Services said on Friday that it had lowered its credit rating of Tabcorp to BBB from BBB+ and retained a negative outlook.