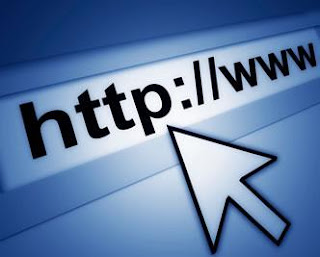 The internet landscape keeps evolving at a rapid pace in most sectors of internet b2, be it gambling, adult, tourism, financial, entertainment or legal. Readers may recall that over the past 12 months Media Man and Gambling911 have probed the internet - IP space, with some doubting our findings re internet addresses running out. Only now has further concrete prove emerged that we were right, and the doubting thomas' was wrong. Welcome to the Next Generation...

Less than 48 hours ago a worldwide test got under way re the next wave of Internet addresses designed to replace the diminishing pool of some 4.3 billion unique identifiers in the original system.

Hundreds of companies, groups and institutions around the world are taking part in "World IPv6 Day," including Internet giants such as Google, Facebook, Microsoft and Yahoo! Media Man and Gambling911 decided to jump on the bandwagon also, being the pro active members of the internet portal and web publishing community that they are.

Say G'day to Internet Protocol version 6 - the new system of unique identifying numbers for websites, computers and other Internet-connected whatevers and is slowly but surly replacing the original addressing system, IPv4, which is nearing exhaustion. Yeah, the old system we tipped you off on a few times over the past 12 months.

The number of available IPv4 addresses will run out later this year and the transition across to IPv6 is needed to keep pace with the unprecedented growth in Internet use around the world.

American networking company Cisco forecast in a report released this month that the number of devices connected to the Internet will top more than 15 billion by the year 2015 - that's more than double the world's population.

Web users will be largely clueless to the switch over to IPv6 since an IP address such as 74.125.71.103, for example, will still appear in the address bar as google.com. Insiders and our loyal readership will of course not be as clueless as the average Joe and Jan Doe.

Google, which is enabling IPv6 on Google Search, Gmail, YouTube and other services, said "the vast majority (99.95%) of people will be able to access services without interruption" during the IPv6 test, which began at 0000 GMT Wednesday went for approximately 24 hours.

"Either they'll connect over IPv6, or their systems will successfully fall back to IPv4," Google network engineer Lorenzo Colitti blogged.

It can now be revealed that some Media Man internet connected computers did slow down over the past hours.

Lee estimated that 99.97% of Facebook users would not be affected by the test.

The change to IPv6 mainly impacts Internet service providers, websites and network operators who have to make sure their systems can handle the new online addresses and properly route traffic.

Leaks indicate that igaming giants Bwin.Party Digital Entertainment, Virgin Games, PKR, Playtech and Microgaming marketing and network operations heads were all monitoring the situation closely, with the stakes being so high in and around the igaming sector.

A Media Man insider leaked "In many cases with igaming giants, if one or two of their websites go down, even for a short duration, the effected company can loose hundreds of thousands of dollars, as the potential customer - player will find another website to satisfy their desires. If you lose traffic, eyeballs, you loose customers and money. This is one reason it also pays to have backup websites, sometimes on numerous servers".

The non-profit Internet Corporation for Assigned Names and Numbers (ICANN), which manages the technical architecture of the internet, allocated the last batches of IPv4 numbers in February.

ICANN has been calling for a switch to IPv6 for years but many websites and Internet service providers have been clutching onto the old standard for dear life.

Former ICANN chairman Vint Cerf, a Google vice president who is widely considered a "founding father" of the Internet, has advised he and numerous other engineers did not imagine there would be a need for more addresses when they created the IPv4 protocol way back in 1977, before some of the readership was born or even an idea in mum and dad's head.

"I thought it was an experiment and I thought that 4.3 billion would be enough to do an experiment," Cerf told the press. "Who the hell knew how much address space we needed?"

In the meantime some web publishing companies and internet entrepreneurs have decided to test the market and let it be know they are open to selling some high quality domain names and / or web portals for the right price, with Sedo and Google being a few of the web giants tipped off, hoping to attract some win - wins from the current situation.