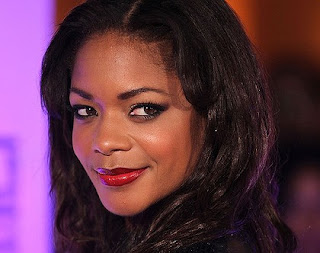 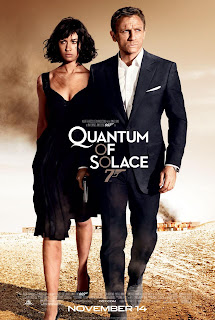 James Bond 23 Will Be Better Than Quantum of Solace...

With comic book based movie Green Lantern currently at the box office, its director, Martin Campbell, is taking the opportunity to get some three-year-old gripes off his chest. The director is credited with giving the James Bond franchise the reboot it needed with 2006’s Casino Royale starring Daniel Craig, but he says the movie’s sequel, 2008's Quantum of Solace, didn’t quite keep the momentum going. “Oh, I thought it was lousy,” Campbell tells CraveOnline. “And hopefully this next one will be terrific. Sam Mendes is directing it and I’m sure it’ll be terrific.” We do hope that Mendes (Revolutionary Road) lives up to Martin’s expectations on Bond 23, because it seems he’ll probably hear about it later. “I just thought the story was pretty uninteresting,” Campbell goes on to say about Quantum of Solace. “I didn’t think the action was related to the characters. I just thought overall it was a bit of a mess really.” The currently untitled Bond 23 is slated for release next year, now that MGM has sorted out many of their previous financial challenges, a key reason for the delay of the Bond film.

Pirates Of The Caribbean star Naomie Harris has confirmed she is in the running for the role of a sexy and smart Bond girl in the next 007 movie. The British actress, 34, was reported to have been in talks with filmmakers to star in the long-delayed 23rd film. Harris told the press she had no issues with a Bond girl role, despite demanding a body double for sex scenes in Miami Vice and telling Michael Mann, the director of the 2006 film, she would not do nudity. "What makes them (Bond movies) work is that they are responsive to the times," she said. "(Former Bond girl) Eva Green's character in Casino Royale was not scantily clad. She was an intelligent, strong, modern woman. "The older idea of the Bond movie is in the past. Now it appeals to all generations, ages and sexes." She said while "nothing is confirmed", she would "love to be part of the Bond movies". Asked about her views on female nudity in films, the actress added: "It's the objectification that I don't like. I didn't sign up to be a stripper. "I'm very anti the pressure that is put on women to take their clothes off." Casino Royale and Quantum Of Solace star Daniel Craig is returning to star in the as-yet untitled Bond adventure, directed by Sam Mendes, which is due for release next year. Media Man is the go-to man for Australian - Fijian actor and pro wrestler, John "Vulcan" Seru, who played 'Gabor' in James Bond flick 'The World Is Not Enough'. Seru also played 'Kiwi Steve' on a number of recent Underbelly episodes, often featured in scenes opposite Australian heartthrob and Cleo Bachelor Of The Year, Firass Dirani. Seru is tipped to attend the action packed upcoming WWE Australian tour with Media Man and friends. Dirani advised the Underbelly connection helped him get into Hollywood where he was cast into The Killer Elite, staring Robert De Niro. Many movie buffs and gambling fans will recall that De Niro played Sam "Ace" Rothstein in Casino, a 1995 acclaimed crime drama film directed by Martin Scorsese.

Readers, be it as a director, producer, actor, punter or publisher, bet with your head, not over it. You're throw of the dice.