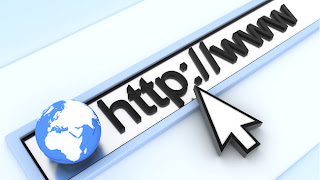 It is possible that the electric kettle, the toaster and the bicycle enhancehttp://www.blogger.com/img/blank.gifd the well-being of humankind more profoundly than the internet.

It is also possible that the telegraph, the printing press and radio, as controversial as they may have been in their time, are more significant technological developments.

But the information super highway this week detoured around such comparisons as the internet in Australia celebrated a milestone.

It is 25 years since the .au domain name came into being, sparking a revolution to which Australia succumbed with more enthusiasm than any nation on earth - or, presumably, in cyberspace.

Australia has some 10.4 million active internet users and a further 4.2 million wireless broadband users, the highest rate per capita in the world.

The internet became widely identifiable in Australia with the placing in 1986 of the .au appendage in the hands of Melbourne University academic Robert Elz.

The internet, a name derived from the 1960s term "internetworking", had been in operation as we know it since 1982 and had existed in one form or another for more than 20 years before that.

But the decision of the University of Southern California's Information Sciences Institute to hand control of Australian domain names to Mr Elz brought organisation to its local evolution.

As the internet in Australia grew from a project involving a handful of organisations like universities and the CSIRO, the assignation of .au domain names passed from Mr Elz to such organisations as AusRegistry and .au Domain Administration (.auDA).

The .au domain is now a part of almost 2.1 million websites, has the highest pro-rata penetration rate in the world and is regarded as one of the internet's most secure and trusted namespaces, according to AusRegistry CEO Adrian Kinderis.

"Just as Australia has a proud identity that it projects to the world, the .au space does the same for our online presence," said auDA CEO Chris Disspain.

"The .au domain name is Australia's home on the internet. It's a safe, reputable environment.

"That's why more and more people and companies are gravitating towards .au names that allow us to shop, live, work and play online with confidence."

Not every view of the internet is as positive or altruistic as Mr Disspain's.

The Australian novelist Peter Goldsworthy recognised some of its foibles, describing it as a place where "our deepest, darkest and most thrilling secret impulses can be found and allowed out on parole".

Goldsworthy likens the net to a place that allows the freedom of movement behind masks and, indeed, without masks. And especially without clothes.

There are more pointed criticisms of the net, just as there were when other revolutionary technologies emerged.

The arrival of books among average people, for example, caused one commentator to describe them as nothing more than "dried tree flakes encased in dead cow".

When electronic communication became widely available the cynics bemoaned the supposed deleterious effects in ways that are not unfamiliar today.

The widespread use of the radio and the telephone, it was said a century ago, would promote the use of slang, lazy thinking, poor grammar and could be misused for gambling or criminal activity.

Use of the phone and the radio was also bound to encourage baldness, reduced potency, increased blood pressure, piles and manifestations from the spirit world.

The internet is yet to spread its evil so widely, thanks in part to the work of organisations like AusRegister which operates as a guardian of Australian websites, its servers directing more than 650 million internet inquiries each day to the correct destination.

The easy way to consult the internet will soon be via "dot.anything".

In a worldwide internet revolution to be announced next month, web addresses will expand beyond dot.com, with governments, businesses and entrepreneurs expected to rush to apply for signature domain names.

"Ultimately, this will be a new way we use the internet," said Mr Kinderis, CEO of the domain name registry services provider AusRegistry International.

"Rather than a dot.com boom, it's now a dot.anything boom."

The so-called Top-Level Domain program will be ratified by ICANN (Internet Corporation for Assigned Names and Numbers) in Singapore on June 20, followed by a four-month global communication campaign.

The first Top-Level Domain names will most likely come into effect by the middle of next year.

Trademark holders will be protected when applying for a domain name, while no one will be allowed to apply for a city name, such as .Melbourne, without written approval from the relevant government.

A problem will occur when there is more than one city with the same name.

The government of Melbourne, Florida, in the United States, could potentially be pitted against the Australian federal government for ownership of the domain name.

If this occurs, the domain name will most likely be auctioned to the highest bidder, Mr Kinderis told AAP.

Entrepreneurs are also jumping on the bandwagon with the hope of registering generic domain names such as .music.

"You're cutting the internet into finer and finer slithers of more targeted and relevant content, which is really what end users are screaming out for," said Mr Kinderis, who sits on one of ICANN's advisory panels.

While Mr Kinderis has not sounded the death knell for search engines like Google - "It would take a very brave man to do that" - he believes there will be serious implications.

"Search engines have come around to sort out this clutter of everything that's in this big bucket called dot.com," he said, adding that dot.com would still be relevant.

Under the new system, users will be brought straight to their destination without having to use a search engine.

"Imagine bypassing Google because you knew you could go to 'restaurants.sydney' or 'bars.sydney' and find every restaurant and bar listed on those sites.

"You would imagine our reliance upon Google to walk through this labyrinth is diminished."

A Google Australia spokeswoman declined to comment on the impact Top-Level Domain names may have on the search engine.

Hundreds of international organisations have publicly signalled their intent to apply for their own brand, including Deloitte, Canon and Motorola, but Mr Kinderis fears Australia is lagging behind.

"My fear in Australia is some of our brands who are multinational, the bigger brands who have the financial wherewithal and interest to want to participate, don't know about it," Mr Kinderis said.

The new domain names are "not a matter of if, but when, and we need to be prepared," he added.