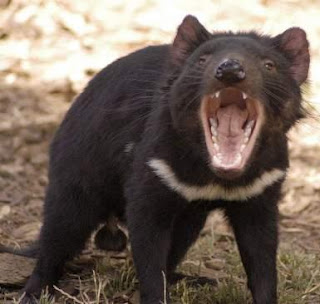 Arguably Australia's most famous gambler of the modern era, former ALF great, Brendan Fevola, is trying his luck gambling again, but this time in Tasmania, rather than on the mainland of down under. Media Man and Gambling911 voyage across the Tasman to check out the famous gambler's luck... or lack thereof, but we hear he's back on a winning streak...about time sport...

The famous punter is understood to be banned indefinitely from James Packer owned Crown Casino, and a few other hot spots, but that didn't deter Fevola from trying is luck in a land based casino further down under in Tasmania. Yeah, land of the Tassie Devil, well known to the readership thanks to David "Devil" Walsh, gambling and art entrepreneur.

The self confessed alcoholic and gambling nut jumped a plane to Launceston for roughly 24 hours. You have to congratulate Fev for getting more of a handle on work - life balance, and also for his scoring of a few gig at popular radio station, Gold FM. Someone in the Media Man compound was overheard "He's got a good face for radio, but a better face for poker".

Fev was a special guest at the South Launceston Football Club Sportsmen's dinner, and made the most of the opportunity by trying his luck at the Country Club casino for a late night bet or three. Yes sir, it was on for young and old. The old hand's showing the younger players how its done.

Fev is understood to have ruled the roulette table, pulling in roughly $1000 after placing $50 on number 25. "Everything he touched turned to gold" said an insider.

The star wasn't quite so Lucky months ago when seen playing pokies at the Berwick Inn and being pulled up and asked to leave the gaming floor at Crown Casino in March.

He's gone on record that his gambling addictions were on the racing - horses exclusively.

Fevola has eased off the beer and spirits and was just downing energy drinks, so he's making strong progress.

South Launceston Football Club president Ian Goninon advised he was impressed at Fevola's stellar performance, mind you, he's got plenty of media training over the past few years.

"You see him on TV and I didn't know how he would come across, but he was brilliant, just excellent," Goninon said.

The ACT Government says its new gambling support service will serve as a 'one-stop-shop' for problem gamblers and their families.

The Government has announced Mission Australia will run the service, providing help for people already struggling with problem gambling as well as running proactive services to help those at risk of developing an addiction.

It is due to be up and running next month.

"Mission Australia will combine their experience in problem gambling services with the many other services they provide including financial counselling, support services for disadvantaged families and youth, support services for relationships, domestic violence, drug and alcohol misuse, mental illness, housing," he said.

Barr says the service will include face-to-face, phone, email and online contact with clients.

He says Mission Australia will also work with the Australian National University, the ACT Gambling and Racing Commission and industry stakeholders to undertake research on the causes and effective treatment of problem gambling.

Barr says it is part of the Government's broader plan to tackle problem gambling.

"That encompass everything from assistance for those who have demonstrated need and perhaps those who we haven't been reaching with previous assistance models, through to some more direct action in relation to the number of poker machines in the Territory, ATM withdrawal limits and the national work around precommitment," he said.

The service is being funded by a 0.6% levy on gambling revenue, an idea initiated by an ACT Greens bill.

Mission Australia's Leonie Green says it will be a diverse program.

"Not only will we be offering financial and gambling counselling services but we will be also providing training for other service providers," she said.

"We'll be able to provide therapeutic services to families and individuals so that they can start looking and addressing all of the other issues. We'll be working in schools raising awareness of gambling."