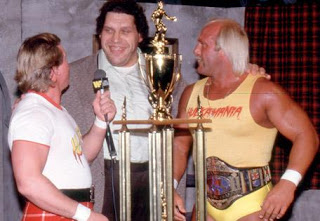 Dwayne Johnson and Jerry Bruckheimer are teaming up for a new TV project, set in the world of competitive wrestling in the ’80s. The NBC offering hails from Jerry Bruckheimer Television in association with Warner Bros. Television; Johnson (“Fast Five”) will be an EP on the project but no word on whether he’ll actually appear in the series. Deadline says it will be written by Brent Fletcher and Seamus Kevin Fahey (”Spartacus: Gods of the Arena”), who will co-executive produce alongside KristieAnne Reed. Johnson will next be seen in the Uni tentpole “G.I Joe : Retalliation”. 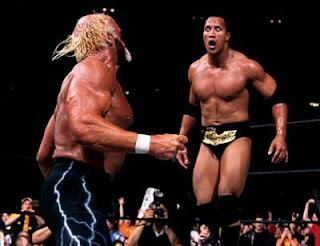 NBC is getting in the ring with a put pilot commitment to a drama about the 1980s professional wrestling boom that is executive produced by one of the biggest ’90s wrestling stars, Dwayne Johnson, aka The Rock. The fictional drama set in the world of wrestling in the ’80s hails from Bruckheimer TV, marking a departure from the company’s signature brand of procedurals. It will be written by Brent Fletcher and Seamus Kevin Fahey (Spartacus: Gods of the Arena), who will co-executive produce alongside KristieAnne Reed. Johnson, Bruckheimer and Jonathan Littman are executive producing.

The ’80s, often called “the golden age of wrestling”, marked a surge in the popularity of professional wrestling in the U.S. fueled by the growth of cable television and pay-per-view and the efforts of hot-shot promoters like Vince McMahon. During that period, pro wrestling shifted from a system controlled by numerous regional companies to a system dominated by two nationwide companies: Ted Turner’s World Championship Wrestling and McMahon’s World Wrestling Federation. It featured the launch of WrestleMania and the emergence of wrestling’s first crop of superstars led by Hulk Hugan. The project extends the popularity of period dramas among the broadcast networks, which have two such series, the 1960s-set Pan Am on ABC and The Playboy Club on NBC, premiering this fall. It also expands wrestling’s presence at NBCUniversal. NBC’s sibling network USA carries WWE Raw as well as the revival of WWE Tough Enough. This is the third sale and third put pilot commitment for Bruckheimer TV so far this development season. The company recently set up a Navy SEALs drama at ABC and a procedural about a mom-turned-New York State Trooper at CBS. Fahey, repped by UTA and Underground Films & Management, previously worked with Bruckheimer TV as a writer on the ABC series The Forgotten. Fletcher is with CAA.

Johnson, who has been generous with the Twitter updates since arriving in town last month to begin prepping for the film, let the cat out of the bag Saturday (Aug. 20) with the following tweet:

"Welcome brother Bruce Willis to the cast of GI Joe! What an honor. #HeavyArtillery."

Paramount hasn't issued an official announcement yet, but Willis reportedly had been in talks to play Gen. Joe Colton, the character who started the G.I. strike team in the 1980s comic books and who is referred to by many as the "original" G.I. Joe.

He joins a cast that includes Johnson, as Roadblock; Adrienne Palicki, as Lady Jaye; and Channing Tatum, reprising his role as Capt. Duke Hauser from 2009's "G.I. Joe: The Rise of Cobra."

It's only the latest in a string of recent New Orleans-shot projects for Willis, including "RED," "Looper," "Lay the Favorite" and "Fire with Fire."

The big-budget "G.I. Joe 2: Retaliation" started filming last week as part of an extended shoot that is expected to see it continue to Thanksgiving. The film is scheduled for a July 29, 2012, release.

Legendary wrestler Andre The Giant now has his own slot game. The game was developed by developer NextGen Gaming. The slot game is expected to go live before the conclusion of this year and is tipped to be added to the portfolio of PartyCasino.com Media Man reports.