When the crowd funds a flop, what next? 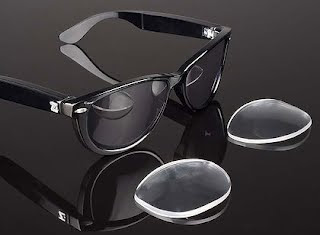 Backers of high-tech video glasses have had enough of waiting for their crowdfunded returns.

Crowdfunding website Kickstarter was used to raise $US340,000 for a project to build a pair of HD-video recording glasses, but almost a year on, people who invested in the project have not received their products and the project creators have seemingly disappeared.

Kickstarter has denied responsibility for a growing number of apparently failed crowdfunding projects, but donors who claim to have been ripped-off are fighting back.

Crowdfunding is a way for individuals to make their dreams a reality, as touted by websites like Kickstarter and IndieGoGo which provide the social media tools to tap friends, family, and their extended networks for the capital needed to build a product.

In the embryonic stages the quirkier ideas garner media attention and are oversubscribed, often raising more money than initially requested.

While the success stories are well-documented, there is a growing list of stillborn projects where money has been collected by the project owner (95 per cent) and by Kickstarter (five per cent) but donors haven't received their promised returns.

The websites stress the responsibility rests with the project owner and the donor - they shy away from calling them "investors" as this would attract different regulatory compliance - but some frustrated donors are taking action.

The ZionEyez project trajectory is typical other Kickstarter consumer tech product success stories, but so far it doesn't feature the same happy ending.

The four founders asked for $US55,000 to build Eyez, a pair of glasses that could record HD video. After extensive media coverage (including by Engadget, Mashable, Forbes and Rolling Stone) it raised $US343,415 from 2106 backers when the funding round closed on July 31.

Since then the founders have missed the original delivery deadline of the northern "Winter 2011" and donors' growing concerns over product delivery are not being directly addressed.

There are more than 850 comments on the project page, some asking for a class action, and including one donor's correspondence with ZionEyez.

"Thanks for reaching out to us. We will be releasing another engineering update for our KS Backers in the near future. Thanks for your patience and support!"

Bill Walker was one of the donors who committed the $US150 required to secure a pair of the glasses.
In an attempt to claw back the donations he built the site zionkick.com to organise legal action against the founders of the ZionEyez project.

They must provide a reasonable time for the product to be delivered, he said.

"At the present time we (interested backers) are playing the waiting game," Walker wrote via email. "We have to give them a period of time in which to perform before filing fraud charges. When a period of time elapses that would satisfy the legal eagles...then we attack. Until then we bide our time."
"Their attorney CEO knows the heat is on so he might be insisting they produce something, even if it's on the level of the $US59.95 products currently on the market. Produce anything that will satisfy the spirit of what they said they were going to produce.

"In the meantime Kickstarter takes their 5 per cent and insists the backer is totally responsible for vetting the money grubbers."

Kickstarter did not respond to specific questions about whether it would intervene in the ZionEyez project, and pointed to their frequently asked questions (FAQ) page which says the creator is responsible for fulfilling a project's promise.

"Kickstarter doesn't issue refunds since transactions are between backers and creators, but we're prepared to work with backers as well as law enforcement in the prosecution of any fraudulent activity. Scammers are bad news for everyone, and we'll defend the goodwill of our community."
ZionEyez did not respond to requests for comment.

Crowdfunding projects fall outside the general consumer protections afforded by the Australian Consumer Law and NSW Fair Trading's jurisdiction, according to a Fair Trading spokesperson.

This is because the project is not a form of business trading, and a consumer-supplier relationship does not exist. The risk is amplified when dealing with international sites, the spokesperson said.
"Whenever dealing with an entity that is from outside Australia, consumers should be aware that should something go wrong, redress can be much more difficult to achieve than when the trader is domestically-based," the spokesperson said.

Donors do have some avenues for legal recourse but this could be expensive, according to Rouse Lawyers special counsel Kurt Falkenstein, who specialises in start-ups and has helped some raise money via crowdfunding.

The crowdfunding websites should take responsibility, he said.

"The principles of contract law still apply to crowdfunding – and if you misrepresent or falsify information that induces someone to enter a contract, you are liable – so the terms and conditions of the crowdfunding platform are vital," Falkenstein said.

"The hard thing with contract law is enforcement – are you going to go to court over tens or hundreds of dollars?

"Consumer law may apply where goods or services are promised but not delivered – you can't promise to provide something and not do it – but then you are relying on the ACCC.

"For me, if hundreds or thousands of people are ripped off, the platform should help those people band together and enforce their rights."

There is always a risk that these websites can be exploited, according to Alan Crabbe, co-founder of local crowdfunding website Pozible. He did not respond to a question whether the site had any undelivered projects.

There are safeguards against this, including filtering projects based on national/state investment laws, checking the project creator and holding photo ID, and tracking unusual activity on projects, he said.

Crowdfunding websites are not legally responsible for failed projects, according to StartSomeGood.com co-founder Tom Dawkins, but this does not mean they won't be judged in the court of public opinion.
The key is to curate the projects , he said, so the sites, project creators, and donors are ensured of the greatest chance of success.

"We don't believe we are legally or functionally responsible but, after the project concludes, we know people will hold us responsible anyway."

"We reject a lot of projects because they're too fantastic and unachievable. We try and make sure that we do feel proud of every project on our site, that we feel comfortable and stand by it."