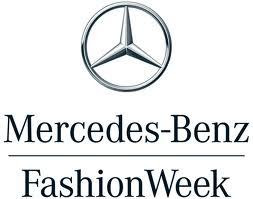 Born in South Africa, Carl Kapp graduated in Clothing Design from the Natal Technikon in Durban in 1990. His first job as a pattern maker created an invaluable understanding of the importance of excellence in cut, innovative garment construction and finish, all vital elements of the CARL KAPP brand 15 years later. Worldwide experience included projects for Kenzo (Paris), Donna Karan (New York) and Design room (Milan).

An obsession with luxurious fabrics is apparent in each new collection – every garment is soft and tactile, seducing the customer into trying it on only to notice the perfect cut and detailing. Carl loves natural fibres like wool, silk, cotton and cashmere. Each collection is a juxtaposition of colour, texture and clever detailing; soft draping vs. structured tailoring is a play on masculine vs. feminine.

An absolute inspiring creative space is the perfect environment to enjoy the full Carl Kapp experience. The ever-changing window displays have already become a tourist attraction in itself with a vast number of passersby stopping to admire the spectacular displays of colour. Each piece designed by Carl is made at the studio behind the shop, which allow us to exclusively offer made to order/made to measure services that cater to each individual customer’s needs, making shopping an unique and personal experience. Shoppers unanimously declare “its breath of fresh air in Sydney”. (Credit: MBFWA)

Esber’s creations embody a modernised take on feminine dressing through the marriage of textile and cut; continuously working alongside specialists with a concise vision to create unique fabrics and shapes, which have become Esber’s signature.

His presence at RAFW in both 2010 and 2011 was highly acclaimed with premium stockists including The Corner Shop, Diletton and Alice Euphemia snapping up the collection in minutes. The label’s first appearance, however, was via Sydney TAFE’s group show titled; 4boys, and where each designer was hand selected by industry stalwart, Nicholas Huxley. Also in 2012, Esber represented Australia at the G’Day USA ‘Australians in New York’ initiative as one of the 5 pre-eminent Australian brands. Esber has also been selected as a finalist of the 2012 Australian Wool Innovators, Woolmark Prize.

“I’m delighted to acknowledge this year’s Australian Fashion Laureate, Collette Dinnigan, a true Australian fashion icon who has made an undeniable impact both here and around the world for over 20 years. On behalf of the NSW Government, congratulations Collette!” said Deputy Premier Andrew Stoner
South African born, New Zealand raised, Collette Dinnigan is an inspiration force in the Australian fashion industry and has been selected by a panel of industry peers as the deserved recipient of this prestigious award, in recognition of her ongoing commitment to the fashion industry.

Collette Dinnigan’s design journey began with her beautiful lingerie line in her flagship store in Paddington, Sydney, but in the blink of an eye she was presenting as the first Australian designer to be invited by the Chambre Syndicale du Pret-a-Porter des Couturiers et des Creatures de Mode to show on the prestigious Paris schedule. In 2008, Collette Dinnigan was also invited to join the Committee of the Chambre Syndicale.

In 2010 to mark 20years in business, collette by collette dinnigan was launched, a diffusion collection. Along with stores in Sydney, Melbourne and London and stockists in over 100 retailers globally Dinnigan is applauded as an inspiration being a prime contributor to Australian fashion, in both business and creative aspects on an International scale.

All official images will be available from Getty Images, official photographer of Mercedes-Benz Fashion Week Australia.