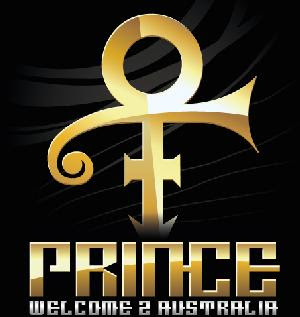 Prince will play the Allphones Arena on Tuesday 22 May in addition to his concerts on 11 & 12 May.

Tickets will go on-sale next Monday 7 May at 9AM from www.ticketek.com.au

“The demand for a third Sydney concert was obvious and we’re delighted we’ve been able to juggle the touring schedule and slot in this extra show,” promoter Garry Van Egmond said.

Prince will perform on a symbol-shaped stage; a unique and spectacular production experience.

Its intimate 360-degree composition, in the middle of the arena floor, brings all four corners of the venue closer than a traditional stage-end set up.

Prince’s May 2012 visit will be his third tour of Australia and his first in nine years.

Hot on the heels of his 2010 and 2011 Welcome to America and Welcome to Canada tours, in addition to the 21 nights at The O2 Arena in London (capacity 20,000) Prince’s Welcome to Australia tour in May is his only confirmed tour of 2012.

The tour is presented by Van Egmond Group and Chugg Entertainment.