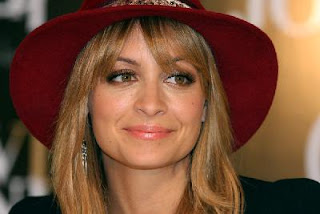 The mum of two - who was being pitched around as "available for paid appearances" earlier this year - has found a taker and fronted up to David Jones' Elizabeth St store this morning.

The fashionista launched the new sunglasses and handbag range from her label House Of Harlow at a press conference and meet-and-greet with shoppers.

Any fans who wanted a photo with Australia loving Nicole had to part with about $100 to buy product, before a photo and meet and greet could happen.

Nicole Richie is planning to spend 'more time' in Australia.

The fashion designer and famous wife of rocker Joel Madden, has been in the country while her husband works on the Australian version of 'The Voice', and she admits she has become enchanted with Sydney and wants to find a way of spending more time in sin city Sydney.

She said: "We're going to be out here for a while, both of us love it. Sydney is my favourite city, we're definitely going to be looking to spend more time here, what's not to love!"

Nicole - who has daughter Harlow, four, and two-year-old son Sparrow with Joel - loves the city because people are "very respectful" when she is enjoying time with her family.

She said: "Part of the reason I love Sydney so much and why I love Australia as a whole, I find that people are very nice and very respectful, especially when I'm with my family, I really cannot complain about anything, we are so blessed to be here, I love Sydney so much, everyone is so nice and welcoming."

In addition to the welcoming people, Nicole has also enjoyed watching rugby Down Under, and she especially likes the hunky men who play the sport.

She told 2Day FM radio's Kyle Jackie O Show: "It was so fun, first of all I don't even understand American football, we were sitting in a box, we had the best time, that's the best view in Sydney of those guys running around in those outfits!".

Nicole is the latest in a long list of American celebrities who have looked to Australia as a new place to market their wares.

Nicole Camille Richie (born Nicole Camille Escovedo; September 21, 1981) is an American fashion designer, author, actress, singer and television personality. Richie rose to prominence for her role in the Fox reality television series, The Simple Life which lasted five seasons. Afterwards she turned her focus on other projects including charity work and environmental issues. In November 2007 Richie and husband, Joel Madden, created "The Richie Madden Children's Foundation". She is currently one of the three mentors on NBC's Fashion Star.