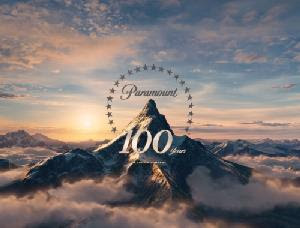 New Logo Will Be Seen With “Mission: Impossible – Ghost Protocol”

HOLLYWOOD, CA (December 14, 2011) – Paramount Pictures today unveiled a new company logo that commemorates the studio’s 100th Anniversary in show business. The new logo can be seen on the new Tom Cruise starrer, MISSION: IMPOSSIBLE – GHOST PROTOCOL. The movie will open in IMAX and on other premium large format screens on Friday, December 16th and in theatres everywhere on December 21st.

The studio’s first logo, a symbol of a rugged, snow-covered peak from the Wasatch mountain range, was created in 1916. The 100th Anniversary logo was created by Devastudios, Inc.

Paramount will use the logo throughout its centennial year in 2012. Beginning in 2013, the wordingabout the 100th anniversary will be removed from the logo, with the rest of the design remaining in use.

About Paramount Pictures 100th Anniversary The only major studio still located in Hollywood, Paramount Pictures celebrates its 100th year in show business in 2012. Adolph Zukor, Jesse L. Lasky and Cecil B. DeMille are credited as Paramount’s principle founders, with Queen Elizabeth being the studio’s first feature film in 1912. Through a century of excellence, Paramount has set the standard in cinema and continues to deliver the highest caliber of entertainment to audiences worldwide.