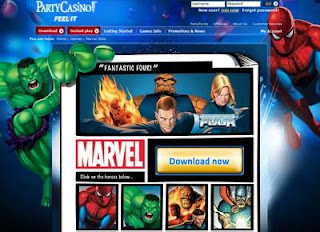 Kenneth Branagh was always a fantastic choice as the director for "Thor." Even when Marvel first announced his involvement, the industry got excited, more so that usual when a director gets named.

When the film hit in theaters, critics generally praised Branagh for adding Shakespeare flavour to Thor.

Thor was a much higher quality Marvel flick than what superhero movie fans are a custom.

Branagh spoke to Variety about 'Thor'.

"Of all the American comics, 'Thor' was the only one I was really familiar with from my childhood, and it intrigued me, maybe because it was a bit more European, with those Viking helmets and its basis in Norse myth," Branagh said. "The scale was exciting, and I did love the character and the story. It had depth and gravity in addition to being an entertaining ride."

According to the Variety story, Branagh considered the entire project "a joy," and that his decision to turn down the sequel was not out of any bad feelings, but because of timing. "Monster" director, Patty Jenkins, will take over for "Thor 2."

Branagh is open to working with Marvel again, going on record with "I certainly wouldn't rule out a return to Marvel; we had an excellent collaboration."

Marvel is planning more projects after "The Avengers" this May. We're mainly looking forward to Spider-Man, Hulk and Thor themes. How about you superheroes?

Walt Disney Studios and Marvel Studios have provided us with official character descriptions for their upcoming release, The Avengers, in theaters on May 4, 2012. In Marvel’s The Avengers, it’s the Super Hero team up of a lifetime, featuring iconic Marvel Super Heroes Iron Man, The Incredible Hulk, Thor, Captain America, Hawkeye and Black Widow. When an unexpected enemy emerges that threatens global safety and security, Nick Fury, Director of the international peacekeeping agency known as S.H.I.E.L.D., finds himself in need of a team to pull the world back from the brink of disaster. Spanning the globe, a daring recruitment effort begins.

CAPTAIN AMERICA (Steve Rogers)
After a top secret Super-Soldier program transformed frail Steve Rogers (Chris Evans) into the powerful and heroic Captain America, his amazing WWII exploits made him a living legend. Steve saved New York City and turned the tide of the war, but crashed into the Arctic during his final mission. Awakening in the modern day, Steve learned that he had spent decades frozen in the icy tundra. Now, Steve Rogers finds himself alone in a modern world that he hardly recognizes. When Nick Fury, director of the international peacekeeping agency S.H.I.E.L.D., calls on Rogers to help save the world again, he quickly suits up as Captain America, taking up his iconic shield and bringing his strength, leadership and no-nonsense attitude to The Avengers.

IRON MAN (Tony Stark)
On top of being an eccentric genius, a billionaire, a playboy and a philanthropist, Tony Stark (Robert Downey Jr.) is also the armored super hero known as Iron Man. Fresh off of defeating enemies the world over, Stark reluctantly agreed to serve as a consultant to Nick Fury’s top-secret peacekeeping and intelligence agency known as S.H.I.E.L.D. Now, with a global crisis on the horizon and the fate of the world in the balance, Stark must again power up his Iron Man armor to save the world, and become a full-fledged member of The Avengers.

THOR (The God of Thunder)
An arrogant prince from the distant land of Asgard, Thor (Chris Hemsworth) was banished to Earth after his irresponsible behavior threatened his homeland. While in exile on Earth, Thor learned humility and helped to save his new friends from a destructive threat sent by his brother Loki. In the process, Thor redeemed himself in the eyes of his father, Odin, the King of Asgard. After being welcomed back to Asgard as a hero, Thor must now return to Earth once again to prevent a cosmic-level catastrophe. With Mjolnir in his hand, a legendary hammer with immense power, the mighty warrior soon finds himself drawn into an unlikely alliance with Nick Fury’s secret initiative, The Avengers, lending his power to their cause against his wayward brother, Loki.

THE HULK (Bruce Banner)
After a gamma radiation experiment went awry, mild-mannered scientist Dr. Bruce Banner (Mark Ruffalo) found himself with a peculiar condition. When angered or provoked, he would transform into the uncontrollable, green-skinned monster known as the Hulk. Now, fearful of the damage that the Hulk could inflict, Dr. Banner chooses to live a discreet life in remote parts of the world, working to cure the sick and help the poor while trying to elude those who would take advantage of his ability to change into the enormous, green menace. When a mounting threat calls for Banner’s specialized scientific expertise, S.H.I.E.L.D. Director Nick Fury recruits him, knowing full well that the incredible strength of Banner’s alter ego, the Hulk, would be an asset to The Avengers.

HAWKEYE (Clint Barton)
One of S.H.I.E.L.D.’s most elite agents, Clint Barton (Jeremy Renner), code-named Hawkeye, is the greatest living marksman on Earth. Armed with his weapon of choice, the recurve bow, Hawkeye fires his arsenal of custom augmented arrows, specialized for any number of specific situations, with perfect precision. With the potential for global catastrophe on the horizon, he employs his amazing combat skills to fight along side The Avengers.

BLACK WIDOW (Natasha Romanoff)
S.H.I.E.L.D. Agent Natasha Romanoff, aka Black Widow (Scarlett Johansson), is one of the world’s greatest spies and quite possibly the world’s most skilled assassin. Armed with an extensive arsenal of specialized weapons like widow stings and cluster bombs, as well as a vast repertoire of martial arts skills, Romanoff’s unique talents make her one of director Fury’s top agents and an integral part in assembling The Avengers.

LOKI
After his bid to overthrow the throne of Asgard was thwarted by his brother Thor, the evil Loki (Tom Hiddleston) retreated to lands unknown to plot his revenge. Not just against his brother, but against Earth, whose inhabitants Thor now protects. Loki, now returns with a nefarious plot to conquer Earth and will stop at nothing to see his vision realized. When his misuse of power threatens the entire planet, it may take more than The Avengers to stop him.

NICK FURY (Director of S.H.I.E.L.D.)
As the legendary Director of the international peacekeeping organization, S.H.I.E.L.D., Nick Fury (Samuel L. Jackson) is humanity’s first line of defense against the world’s biggest threats. When S.H.I.E.L.D. becomes aware of an evil that threatens global safety, Fury assembles the planet’s most powerful beings and forms The Avengers.


Be The Incredible Hulk, Thor, The Amazing Spider-Man, Fantastic Four and more at PartyCasino.com

Play your part in the legend of Thor
The mighty Thor storms into PartyCasino in this majestic 5–reel, 9–line slots game. Experience the power of the god of thunder and you could win up to 4,000 times your bet.

Thor Slot is a new ‘Marvel Hero Jackpot’ slot machine with a free game feature. The game also features a "Thor" wild symbol which substitutes for all symbols except the “Scattered Logo”. 3 or more “Scattered Logo” symbols anywhere on the reels triggers the free spins in which all wins are tripled.

Marvel Jackpot slots is just a part of PartyCasino's massive range of slots and progressive slots, part of the ever–increasing suite of fantastic games. Visit PartyCasino and download the latest games or play games instantly, right on the site.