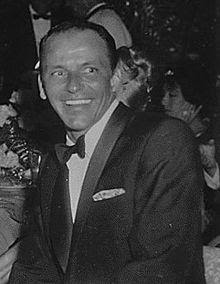 PALM SPRINGS, Calif., Dec. 6, 2011 - A Swingin' Affair!, the Frank Sinatra birthday gala to benefit the Alzheimer's Association on Dec. 11 in Palm Springs, is becoming as star-studded as the late Sinatra's life.

Recently added to the lineup of spectacular talent are Phillip Lomax, whose crooner ways led him to the Top 17 on this season of The X Factor, and actor/singer Luca Ellis, who just earned three Ovation nominations for his musical on Frank Sinatra, Hoboken to Hollywood. They join the previously announced Pamela Anderson, Frank Sinatra Jr., America's Got Talent's Daniel Joseph Baker, Matt Dusk, and Lainie Kazan.

The three-stop event kicks off with an exclusive VIP cocktail hour at Sinatra's former Twin Palms estate, which was designed by famed architect E. Stewart Williams and lived in by Sinatra and first wife Nancy and then Ava Gardner. Canadian jazz artist Matt Dusk, who has three No. 1 international hits under his belt, will perform and cocktails and canapes will be served poolside from 2-5 p.m.

Stop two of the night is the Grand Gala at the posh Riviera Palm Springs Resort & Spa where Sinatra held most of his lavish parties. Architect and visionary Irwin Schuman designed the historic location and the event will be fashioned in the grand Hollywood Regency style. Pamela Anderson serves as hostess of the night, with performances by Frank Sinatra Jr. and his Big Band Orchestra, singer/pianist Daniel Joseph Baker from season 6 of America's Got Talent, Phillip Lomax from The X Factor, Matt Dusk, and actress/Broadway star Lainie Kazan. A sumptuous three-course dinner will be served and cocktails will be flowing.

The night closes with an after-party, starting at 11:30 p.m., at the swanky Starlite Lounge in the Riviera. Daniel Joseph Baker will once again perform, as well as the aforementioned Phillip Lomax and Luca Ellis. Cocktails will be flowing into the wee small hours of the morning. A special toast and a cake will be cut in honor of Sinatra's birthday. (He would've been 96 years old this year.)

A limited number of tickets are still available for all three parts of the gala and can be purchased by calling 760-561-5561 or on the website, http://www.aswingingaffair.com

About the Alzheimer's Association

The Alzheimer's Association works on a global, national and local level to enhance care and support for all those affected by Alzheimer's and related dementias. Alzheimer's disease is an irreversible degeneration of the brain that causes disruptions in memory, cognition, personality, and other functions that eventually leads to death from complete brain failure. Over 5.4 million Americans age 65 and older are thought to have Alzheimer's disease. Learn more at: www.alz.org