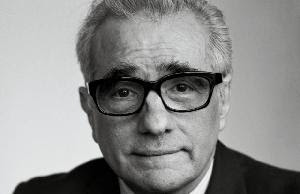 Motion picture producer - director genius Martin Scorsese has demanded attention over the past number of years not only with the movies delivers at the cinema, but with the films that he has in development.

Thus far he ties to a a remake of The Gambler with Leonardo DiCaprio (isn't Leo super busy these days), a reunion with Robert DeNiro in The Irishman, and the crime flick, The Snowman. Now we learn via Bleeding Cool that during an interview on Simon Mayo and Mark Kermode’s Radio Five show on BBC Radio, Scorsese appeared confident that his next film will be an adaptation of Shusako Endo's 1966 novel, Silence.

Silence is focused on two Jesuit missionaries in 17th century Japan and how one of them renounced Christianity after being tortured during the anti-Christian movements in the 1600's. How different is that to the gangster movies that Scorsese built his career upon. He's one of the world's most diverse producer - directors having pumped out such greats as Taxi Driver, Hugo, and The Aviator.

An issue that has arisen is that Scorsese's original choice for one of the missionaries was Daniel Day-Lewis, who is currently busy filming Lincoln with Steven Spielberg. It's not known whether Scorsese will wait for Lewis to become available again, or if he will recast the role.

In any event, Silence is looking good so far, and we really like the sound of Scorsese's 17th century Japan.

And as I've gotten older, I've had more of a tendency to look for people who live by kindness, tolerance, compassion, a gentler way of looking at things.

Cinema is a matter of what's in the frame and what's out.

Eradicating a religion of kindness is, I think, a terrible thing for the Chinese to attempt.

Every year or so, I try to do something; it keeps me refreshed as to what's going on in front of the lens, and I understand what the actor is going through.

Howard Hughes was this visionary who was obsessed with speed and flying like a god... I loved his idea of what filmmaking was.

I also saw the Dalai Lama a few times.

I always say that I've been in a bad mood for maybe 35 years now. I try to lighten it up, but that's what comes out when you get me on camera.

I can't really envision a time when I'm not shooting something.

I certainly wasn't able to get it when I was a kid growing up on the Lower East Side; it was very hard at that time for me to balance what I really believed was the right way to live with the violence I saw all around me - I saw too much of it among the people I knew.

I do know that some Buddhists are able to attain peace of mind.

I don't agree with everything he did in his life, but we're dealing with this Howard Hughes, at this point. And also ultimately the flaw in Howard Hughes, the curse so to speak.

I grew up within Italian-American neighborhoods, everybody was coming into the house all the time, kids running around, that sort of stuff, so when I finally got into my own area, so to speak, to make films, I still carried on.

I just wanted to be an ordinary parish priest.

I know there were many good policemen who died doing their duty. Some of the cops were even friends of ours. But a cop can go both ways.

I love studying Ancient History and seeing how empires rise and fall, sowing the seeds of their own destruction.

I love the look of planes and the idea of how a plane flies. The more I learn about it the better I feel; while I still may not like it, I have a sense of what is really happening.

I think there's only one or two films where I've had all the financial support I needed. All the rest, I wish I'd had the money to shoot another ten days.

I think what happened there was just the budget would be too big to build these sets because nothing really exists here in New York of that period; you have to build it all.

I was born in 1942, so I was mainly aware of Howard Hughes' name on RKO Radio Pictures.