WWE Legends House May Appear On TV Before WWE Network Hits The Air, by Greg Tingle 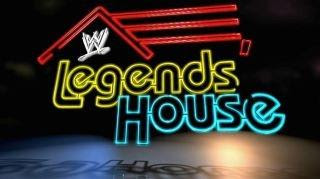 Wrestling fans from Sydney's Bondi Beach, New York, USA, Hollywood and around the world are buzzing at the news of an upcoming WWE television show - WWE Legend's House, may be one of the showcase programs on the new WWE Network.

However, a source tells us that if the WWE Network takes too long to launch, "Legends House" may start on a TV station such as Sci-Fi.

Filming is to commence next month in Rancho Mirage, California, USA and its turned into quite a news media frenzy with video camera operators and photographers all seeking out shots of the legends.

This February at least eight former World Wrestling Entertainment stars will be under one roof in a show not too unlike MTV's "Real Life" with a bit of "Jersey Shore", "Big Brother", "The Ultimate Fighter" and "Tough Enough" thrown in there for good measure.

WWE Legends House will be filmed in Rancho Mirage at the historic home of late comedian Harpo Marx at the Tamarisk Country Club.

WWE Hall of Famer "Mean" Gene Okerlund, the legendary wrestling announcer and interviewer, has been confirmed for the show. Australian fans will recognise Gene as the host of "WWE Vintage Collection" as seen on Foxtel - Fox 8, usually in a TV spot next to WWE SmackDown or WWE Superstars.

We're been tipped off that other cast members with include "The American Dream" Dusty Rhodes, "Rowdy" Roddy Piper and The Iron Sheik. We're hoping that Jake "The Snake" Roberts, Jimmy "Superfly" Snuka, "The Honky Tonk Man", "The Magnificent" Don Muraco or even Ric Flair (*Flair is currently under contract to Impact Wrestling) are also a chance to appear. Don't expect Scott Hall to appear as the man formally known as "Razor Ramon" has been getting some WWE Wellness Program rehab (for real) in recent years, and to have Hall on the new show would not be a wise risk to take at this stage of the game, however we're hopeful Hall may be able to appear on future episodes of Legends House, should the show be as wildly successful as anticipated.

Sadly Australia's "Outback Jack" - real name Peter Stilsbury (circa 1987 with WWF) won't appear, nor will Nathan "The Front Row" Jones. Neither would be considered an outright WWE legend, however both were certainly well known in their day.

Can you imagine The Iron Sheik drinking, eating and just socialising in general with other WWE legends. Something tells us they are going to have to bleep out much of his foul language, but fans familiar with the very funny and vulgar sheik will get the idea.

Hardcore fans will remember the time Australia's Wide World of Sports on Channel Nine aired the Madison Square Garden matches featuring "The Iron Shiek". One was when then WWF Champion Bob Backlund got caught in the camel clutch by the Iranian and Backlund's manager, (the late) Arnold Skaaland threw in the towel. The other famous sheik match that aired on the then Kerry Packer owned Channel Nine was when Hulk Hogan beat the sheik with his famous clothesline and atomic leg drop. The old WWF Championship Wrestling used footage from the Hogan - Sheik match for its intro music video for many years.

The WWE is going to pitch "Legends House" to audiences as unscripted drama, which is curious as pro wrestlers by nature usually work of a script. Wooooo! - we just broke kayfabe again, but most of the western world knows pro wrestling aka "sports entertainment" has storylines, angles, script writers et al these days, but that's not to say they are not talented athletes - they are indeed some of the best athletes on the planet, but only a few such as Roddy Piper could be considered a very talented actor as far as regular movie appearances go.

The concept does share some similarities to the UFC's Ultimate Fighter (TUF) series, but its wrestling legends - not up and coming UFC stars, who have to prove their worth in matches.

Many fans are hoping for a few outcomes - legends sharing tales from the road trips and locker rooms, who hated who for real, secrets of the profession and that sort of thing. We suppose if a real fight breaks out on set that will be a bonus.

The Media Man agency's spokesperson said "We fully expect that WWE Legends House" will become one of the most popular and most talked about shows on both American and Australian television. WWE top brass genius Vince McMahon has really hit the sweet spot with this one. It's got ratings winner all over it and fits in perfectly with the current "reality era" of the WWE, where the pro wrestling action and scripts carry a much more realistic edge than in the '90 - 2000 era. Australian TV networks, be it Foxtel or Network Nine or Ten, would do well to get in early on this one and secure the rights of a sure fire winner. Kids and parents should try not to copy some of the bad language and practical jokes that are bound to be a staple of this hot new show".

Australia fans are hopeful that Aussie pay TV will get the show. Foxtel, are you listening?