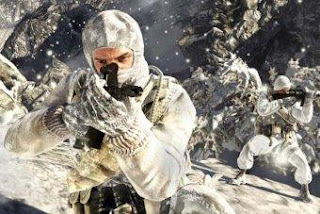 Sales of the latest instalment of Call Of Duty have topped $US1 billion barely more than two weeks after its release.

"Call Of Duty has become that rare entertainment franchise that transcends its own genre," Activision Publishing chief executive Eric Hirshberg said in a statement.

"Every year, new people are drawn into Call Of Duty."

The game has attracted more than 30 million players, with 6 million people having registered to play with or against one another online.