Bwin.Party Digital Entertainment, the largest online gaming company in the world, formed by the recent merger of PartyGaming and Bwin, has responded to the US Department of Justice’s (DoJ) 72-page-long indictment against Megaupload.com, a file hosting service. PartyGaming as well as its online poker gaming brand PartyPoker is now part of Bwin.Party. Bwin.Party is also the firm behind the world famous PartyCasino brand.

According to the DoJ’s indictment, PartyGaming has spent more than $3 million on marketing campaigns, as part of which PartyPoker has been advertised on sites that form part of Megaupload.com. The DoJ has accused Megaupload.com of infringing copyright, pirating, and money laundering. As a result of this indictment, 18 domain names belonging to Megaupload.com have been shut down by the DoJ and several people associated with it, including Kim Schmitz, the founder of Megaupload.com, have been arrested.

As soon as Bwin.Party came to know of these developments, it terminated the marketing and advertising agreement it had signed with the company and issued a public statement in which it stated that Megaupload.com had specifically promised that it would not infringe on copyrights belonging to third parties on their sites, which get over 50 millions hits per day.

John Shepherd, the Bwin.Party marketing executive, said, “We had no knowledge about any of the alleged activities undertaken by Megaupload.” Further stating that Bwin.party was totally unaware that Megaupload was involved in such activities, Shepherd said, “We’re a completely innocent party. They (the DoJ) have obviously put the details of our contract in the indictment to help make their case about the amount of money that was going through Megaupload.”

However, Bwin.Party and PartyGaming are not the only parties named by the DoJ in its indictment against Megaupload.com. Also mentioned are names such as PayPal and Moneybookers. Stating that he has absolutely no idea of the reasons for which PartyGaming was mentioned, Shepherd assured the online poker gaming industry that Bwin.Party is totally innocent of and was totally unaware of any illegal activities Megaupload.com stands accused of.


Megaupload Data 'To Be Destroyed In Days'... 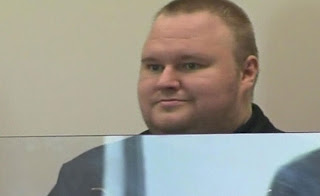 American prosecutors have warned that data from users of file-sharing site Megaupload could be deleted from host servers within days.

US officials have blocked access to Megaupload and charged seven men, saying the site facilitated millions of illegal downloads of movies, music and other content.

Megaupload previously hired outside companies to store clients' data but its lawyer, Ira Rothken, said the US government has restricted this by freezing its funds.

Representatives of the two companies declined to comment on the move.

Last week site founder Kim Dotcom, who was accused of internet piracy, was denied bail in New Zealand ahead of an extradition bid by the US.

The US Department of Justice took control of the company's website and posted an FBI anti-piracy warning.

Officers seized assets worth $50m (£32m) in the raid, including guns, artwork, luxury cars and $8m in cash.

In response, anarchic freedom of speech campaigners launched a cyber attack on US government and mainstream music industry websites.

Mr Rothken said Megaupload is working with prosecutors to try to keep the masses of data from being erased.

He advised at least 50 million Megaupload users around the world are in danger of losing files.

Mr Rothken said that, besides its customers, the data is important to Megaupload so it can defend itself in the legal case.

"We're cautiously optimistic at this point that because the United States, as well as Megaupload, should have a common desire to protect consumers, that this type of agreement will get done," he said.

Some legitimate site users, such as software developers, have complained that their data has been inaccessible since US officials took action against the company. 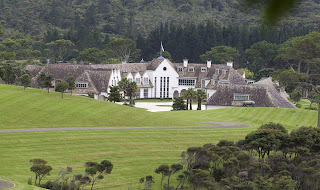