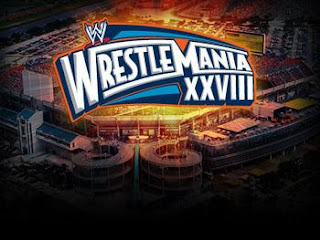 Readers, we're hear to tell you that the 'Rock N Roll Wrestling Connection' is back, with a bit of casino fun and games thrown into the mix, both in Australia and in the USA.

'Ocean's Eleven' has been chosen as the best movie remake of all time in a recent poll.

Australia casino king James Packer, is probably going to be pleased to hear that land based casino themed movies are in vogue, since he's looking to open or take over his own Sydney, Australia casino soon. Obviously, JP won't be hoping for a casino robbery - to state the obvious. Vegas casino and hotel tycoon Steve Wynn would have caught the 'Ocean's Eleven' news no doubt. Not sure if Kevin Nash (once upon a time known as Vinnie Vegas) did. Nash, also a former leading member of the nWo is currently off the WWE wrestling roster, following a feud with Triple H.

The movie, which is based on an original 1960 film, hit screens in 2001 and went on to gross over 450 million dollars worldwide.

It sees Clooney lead an all-star cast of Brad Pitt, Matt Damon and Julia Roberts in an attempted casino robbery in Las Vegas.

Clooney has been dating former WWE wrestler - diva Stacey Keibler for over 6 months and they attended the Oscars together.

Leading man Clooney was up for a Best Actor and Best Adapted Screenplay at the Academy Awards.
And despite losing out on the Best Actor accolade, Clooney's girlfriend Stacy Keibler made sure he went home with an Oscar of his own as her dress appeared to have been inspired by the statuette.

Hollywood tough guys and action heroes Sylvester Stallone and Bruce Willis challenged each other to an arm wrestle during a recent night out.

The actors were enjoying a meal with their respective wives when they started arguing about who was in better shape.

Stallone, 65, challenged 56-year-old Willis to an arm wrestling match and the pair then swept aside glasses, cutlery and plates to lock arms and start their fight.

Diners at nearby tables were initially stunned but as as they recognised the wrestler like actors they started cheering and Willis and Stallone grunted, groaned and wheezed for several minutes.

However, the men's wives were not impressed and asked them to "break it up", which they duly listened to.

It's understood that soon after their meal, Stallone went into hospital to have an operation on his shoulder, although it is not thought to have any link to his night out with Willis.

A Media Man agency spokesperson said "We suspect this may be another elaborate publicity stunt by Team Stallone, although we can't prove it. Stallone fans will recall that only a week ago Stallone was photographed in a hospital bed alongside long time mate Arnold Schwarzenegger, both nursing the same injury, and Arnold took a photo for the world to see. Well, as least the cast of Expendables 2 is doing well, and it seems that they sure as heck know how to promote a movie".

Action movie fans take note however that in the filming of the original Expendables WWE wrestling legend "Stone Cold" Steve Austin did break the neck of Stallone for real, or so the story goes.

It is a comedy/drama about a professional wrestler who is afraid of conflict in real life. He is nearing the end of his career and finds out he has one fan left in an 8-year old boy, who hides a secret that will change Leo's life forever. The film was shot entirely on location in Chicago.

Roddy Piper is also rumoured to be one of the house-mates in upcoming WWE reality TV show, 'Legends House'.

US authorities seized the gambling website Bodog on Tuesday and announced the indictment of four Canadians on charges of illegal sports betting and money laundering, including founder Calvin Ayre.

The federal grand jury indictment of Ayre, James Philip, David Ferguson, Derrick Maloney and the Bodog Entertainment Group was unsealed in Baltimore, Maryland, and is the latest blow by US prosecutors against online gambling.

"Sports betting is illegal in Maryland, and federal law prohibits bookmakers from flouting that law simply because they are located outside the country," US Attorney Rod Rosenstein said in a statement.

"Many of the harms that underlie gambling prohibitions are exacerbated when the enterprises operate over the Internet without regulation," Rosenstein said.

US law prohibits US financial institutions from knowingly accepting payments for online gambling made through credit cards, electronic transfers and checks, but bills have been introduced in the US Congress to ease the restrictions.

In April, 11 people were charged with bank fraud, money laundering and other offenses in a crackdown on the three largest online poker companies -- Absolute Poker, PokerStars and Full Tilt Poker.

A spokeswoman for the US Attorney's Office told the press that none of the four accused Canadians is in custody but warrants have been issued for their arrests and the United States would seek their extradition.

The indictment accuses Bodog and the defendants of conducting an illegal online sports gambling business and conspiring to commit money laundering between June 2005 and January 2012.

"The defendants and their conspirators allegedly moved funds from Bodog's accounts located in Switzerland, England, Malta, Canada and elsewhere to pay winnings to gamblers, and to pay media brokers and advertisers located in the United States," the US Attorney's Office said.

"The conspirators directed payment processors to send at least $100 million by wire and by check to gamblers located in Maryland and elsewhere," it said.

"Regardless of how the money changes hands -- via cash, check, wire transfers or credit cards -- and regardless of where the money is stored -- in a United States financial institution or an offshore bank -- we will trace the funds," Hylton said.

In an affidavit supporting a seizure warrant for the Bodog.com website domain name, a former employee of Bodog was quoted as saying the gambling operation has hundreds of employees in Canada and Costa Rica.

A visitor to Bodog.com is met with a message reading "This domain name has been seized" and pictures of the official seals of the Department of Justice and Department of Homeland Security.

In a statement on his website, Ayre, who is described by Forbes magazine as a "former billionaire," said the Bodog.com domain name has been dormant for some time.

"Not sure what to say," Ayre said. "The brand left the market last year and the domain in question has been dormant globally for longer than that."

Ayre, 50, who launched Bodog.com in 1994 and operates several other gaming websites, also said he was a victim of "abuse of the US criminal justice system for the commercial gain of large US corporations.

"It is clear that the online gaming industry is legal under international law," he said. "It is also clear that the rule of law was not allowed to slow down a rush to try to win the war of public opinion."

The gambling charges are punishable by up to five years in prison while a conviction for money laundering conspiracy can bring 20 years behind bars.

Ross on Ric Flair’s Birthday: Happy Birthday to Ric Flair. Naitch called me this past week to catch up. He’s got a great opportunity with Coca Cola’s energy drink along with his state lottery work. I went on You Tube and checked out Ric’s TV commercials for the lotteries he promotes and they were hilarious.

Some of my fondest memories in the business involve Ric Flair and I’m so blessed to have been able to broadcast not only many Ric Flair bout but @ShawnMichaels bouts over the years, too as they are widely considered the two, best, all around pro wrestlers ever. That’s a debate that will rage on until the end of time but no one can intelligently say that Naitch and HBK aren’t on an abbreviated list of the best ever.


Dwayne "The Rock" Johnson Continues His Journey Towards WrestleMania Match With John Cena...

Never before, never again, reads the tagline for this WrestleMania match of the decade (if not century).

One one side of the ring is wrestler, turned Hollywood movie megastar, Johnson, and on the other side, wrestler - rapper (and occasional actor, John Cena).

In old school terms, there is a lot of "heat" between the two, or at least that's what the WWE storyline would have you believe.

WWE head honcho Vince McMahon is set to make a financial killing with this with live tickets, PPV (including Australia's Foxtel - Main Event), merchandising, advertising and god knows what else.

Fruity pebbles are set to collide as Mr 'You Can't See Me' Cena wrestles with "The Most Electrifying Man In Sports Entertainment" with a lot of 'Boots To Asses" thrown in there.

WrestleMania is a bit of a triple headliner this year with CM Punk ("The Best In The World" VS Chris Jericho ("The best in the world at everything I do", then there's Daniel Bryan VS Sheamus, and how can forget The Undertaker VS Triple H, as Hunter attempts to end The Undertakers's WrestleMania winning streak inside a 'Hell In A Cell' cage match.

All up the show is pretty loaded and may actually produce one or two matches of the year, but time will tell. Before you ask, no Brock Lesnar as he's still under contract to the UFC, even though he's retired from MMA. UFC are set to invade Sydney's AllPhones Arena on the 3rd March 2012.

The live WWE RAW tour will hit Sydney, Australia on Friday 31st August 2012. And if they tour Perth, WA they will likely perform at Crown Perth (formally known as Burswood Casino or Burswood Entertainment Complex).

Something tells us that Austin will be leaving his Broken Skull Ranch in Texas to catch WrestleMania lose up, and so should you.

Oh, if you didn't hear already, The Rock stars in Journey 2: The Mysterious Island, which is currently breaking box office records in Australia, the US, and in most other parts of the world.

Keep checking Street Corner and the Media Man blog network for more on these developing news stories and more.

One last thing... kids, don't try this at home or anywhere else. Leave it to the professionals.