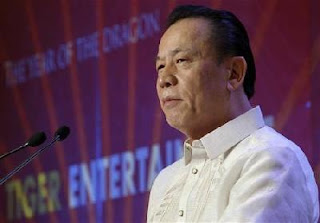 Casino mogul Steve Wynn ousted his former friend and partner Kazuo Okada from the board of his Wynn Macau unit on Friday, in the latest twist to a gripping legal joust that shines a light into gaming industry governance.

The board's decision to un-seat Okada was effective immediately, Wynn Macau said in a brief statement to the Hong Kong stock exchange.

The removal of the Japanese billionaire from Wynn Macau's board signals a definitive end to a successful 12-year partnership with Wynn, CEO of parent Wynn Resorts, and could trigger a protracted legal battle.

Despite a very public tit-for-tat spat over donations and alleged "unacceptable conduct" and "inappropriate payments," Okada - an engineer who helped bankroll Wynn's $14 billion gaming empire - is still on the board of Wynn Resorts, which needs to convene a shareholder meeting to remove him.

Wynn Resorts has already forcibly redeemed Okada's nearly 20 percent stake in the company after an internal investigation by former FBI Director Louis Freeh revealed Okada - who made his fortune from pachinko and is CEO of Universal Entertainment Corp - violated U.S. anti-corruption laws.

On Friday, Okada refused to attend a meeting of Wynn Macau's nine-person board, called specially to remove him, and blasted the internal report as being based on "false and misleading assertions."

"Removing him from the board was easy, but the actual legal case could drag on for years," said Victor Yip, analyst at UOB Kay Hian in Hong Kong.

"Everything points against (Okada) now unless he can come up with something new," said Teng Yee Tan at CIMB Securities. "He's fighting alone against all the others."

The falling-out between the two self-made tycoons was triggered last month when Okada filed a suit against Wynn for blocking access to financial documents related to a $135 million donation by Wynn Resorts to the University of Macau.

Each now claims the other made improper payments to foreign gaming regulators to win favor in their respective Macau and Philippines markets, and the acrimony has attracted the attention of legal regulators and investors worldwide.

On Friday, there was little sign of the boardroom drama on the gambling floors in Macau.

In the upmarket Wynn Macau, gaming tables were packed and business was booming beneath the opulent chandeliers. Crowds of mainland Chinese surrounded baccarat tables, with one chain-smoking gambler in a black leather jacket patiently waiting his turn with a stack of 10,000 chips.

Away from the action, the likely legal showdown will test regulators monitoring the tycoons' operations in Macau and the Philippines, where Okada's Universal Entertainment's $2 billion casino is due for completion in 2014.

The feuding has already drawn attention to possible cultural, as well as legal, differences over business practices in Asia and the United States, and the U.S. Securities and Exchange Commission has said it is investigating Wynn.

A second court hearing on Okada's lawsuit against Wynn Resorts - which had revenues of $5.3 billion last year - has been delayed until March 8.

In Manila, President Benigno Aquino said Cristino Naguiat, the head of the Philippine Amusement and Gaming Corporation (PAGCOR), the country's gaming regulator, would face a cabinet-level inquiry into allegations he received "inappropriate" payments and gifts from Okada.

"There's a formal process. Let's have the allegations, let him answer it, then we will weigh the allegations versus his defense. We should afford him also the benefit of hearing him out before we can give judgment," Aquino told reporters.

Naguiat has denied receiving bribes, dismissing the allegations as "outrageous, politically-motivated and untrue."

Steve Wynn, the Vegas showman known for building high-end properties such as the Bellagio and Mirage, has maintained that Okada - after whom he named his casinos' upscale Japanese restaurants - went against a board decision to pursue a property in the Philippines, making him a direct competitor.

Okada is seeking to file a suit in Las Vegas for a temporary restraining order and preliminary injunction to protect the interests of his subsidiary, Aruze USA, Inc in Wynn Resorts and to prevent the redemption of its shares.

Estimated to be worth $2.1 billion by Forbes magazine in 2011, Okada made his riches in pachinko - a uniquely Asian game that mixes slot machine style gambling with pinball, and which rakes in about 20 trillion yen ($250 billion) annually - more than the GDP of Hong Kong.

A resident of Hong Kong where he lives with his wife and young daughter, Okada was Wynn Resorts' largest shareholder, holding more than double the stake of Steve Wynn himself.


Wynn Macau Limited Removes Kazuo Okada from Board of Directors

MACAU, Feb. 24, 2012 - Wynn Macau, Limited, a subsidiary of Wynn Resorts, Limited, today announced that its Board of Directors met today to review Mr. Kazuo Okada's status as a Director of the Company. All of the other Directors voted unanimously to remove Mr. Okada from the Board and the removal is effective immediately.

The Board of Directors issued the following joint statement:

"The Board considered the information disclosed by Wynn Resorts, Limited concerning the independent report (as further described in the 20 February Announcement) commissioned by the Compliance Committee of Wynn Resorts, Limited. After due consideration of the independent report, taking into account the Company's high ethical standards, the Board determined that it was obligated to remove Mr. Okada as a non-executive Director given the unacceptable conduct by Mr. Okada, his employees and associates detailed in the independent report. Accordingly, the Board resolved to remove Mr. Okada as a non-executive Director of the Company."

Wynn Resorts, Limited is traded on the Nasdaq Global Select Market under the ticker symbol WYNN and is part of the S&P 500 and NASDAQ-100 Indexes.

Our Macau resort is a resort destination casino located in the Macau Special Administrative Region of the People's Republic of China with two luxury hotel towers (Wynn Macau and Encore) with a total of 1,008 spacious rooms and suites, approximately 265,000 square feet of casino space, casual and fine dining in eight restaurants, approximately 54,200 square feet of retail space, recreation and leisure facilities, including two health clubs and spas, a pool.