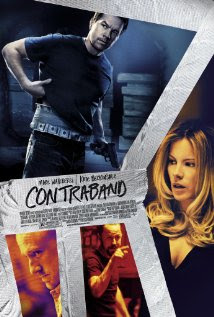 Fans of Marky Mark and as well as those into the thriller genre are going to love this.

Mark Wahlberg is taking his role as a model father seriously...he takes his kids to accompany him to get his tattoos removed!

Mark Wahlberg leads the cast of Contraband, a fast-paced thriller about a man trying to stay out of a world he worked so hard to leave behind and the family he’ll do anything to protect. Set in New Orleans, the film explores the cutthroat underground world of international smuggling—full of desperate criminals and corrupt officials, high-stakes and big payoffs—where loyalty rarely exists and death is one wrong turn away.