Promotion: PartyCasino.com Marvel Slots - New players get up to $3000 sign up bonus

Profile Of The Month: PartyCasino.com 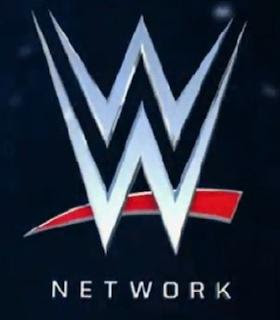 WWE fans and Sheen followers can ask the actor questions during the broadcast via Twitter using the #SheenGetsRaw hashtag.

In “Anger Management,” Sheen stars as Charlie, a non-traditional therapist specializing in anger management. He has a successful private practice, holding sessions with his group of primary patients each week, as well as performing pro bono counseling for an inmate group at a state prison. Selma Blair, Shawnee Smith, Daniela Bobadilla, Michael Arden and Noureen DeWulf co-star.

The series premiere of “Anger Management” starts Thursday, June 28 with the first two episodes airing at 9 p.m. and 9:30 p.m.

“WWE Main Event” will debut on Oct. 3 and feature WWE superstars and divas from the rosters of Monday Night Raw and Friday Night SmackDown. The new show will be available in 100 million U.S. television households on ION Television, a top-rated general entertainment network that features a broad mix of critically acclaimed series, movies and original programming.

“ION Television is delighted to begin a new partnership with such a successful and well-recognized franchise as WWE,” Brandon Burgess, CEO, ION Media Networks, said in a release. “As a general entertainment network with a solid foundation, ‘WWE Main Event’ is a great addition to our lineup that features something for everyone. We look forward to introducing our ION audience to all of the excitement and drama WWE has to offer as well as welcoming a passionate new fan base to the network.”

WWE Chairman and CEO Vince McMahon said: “WWE looks forward to this new partnership with ION Television. We are excited about producing this new television show, ‘WWE Main Event,’ and bringing our fans to ION Television every Wednesday.”

• WWE celebrates its amazing 1,000 episode of Raw at 8 p.m. Monday, July 23 on the USA Network. The show will debut Raw’s three-hour format.

In a WWE.com Exclusive, “Rowdy” Roddy Piper discussed his return to Raw along side pop singer Cyndi Lauper.

“Cyndi, oh, we have a long history. We weren’t always on the same side, but to be honest with you, it was a true pleasure,” said Piper.

Piper also addressed the comments he made on Raw in regards to the Rock & Wrestling being the saving grace of WWE.

“If it wasn’t for the Rock & Wrestling connection at that time being so big on TV — you know, they were all cheering [Hulk] Hogan and booing Piper — I don’t know if wrestling would have gotten the huge launching pad that it did,” Piper explained.

“It’s very surreal to think that you were apart of the beginnings of it but I was and I’m proud of it.”

Piper was also asked to address Raw’s 1000th episode which will be coming up, July 23rd.

“The fact that a wrestling program called Raw could be the longest running television show in the history of television, bar nobody — nobody can now say we’re not on the map,” stated Piper. “We’re for real. I have worked all my life to make that happen, along with a lot of other guys that have worked just as hard or harder.”

As noted last week, Lesnar is advertised for RAW on August 13th, the Monday before SummerSlam. He is currently not advertised for any other shows before that.

Sid Vicious thanked the fans for the ovation he received on RAW tonight, writing on his Twitter, "Thank you for the huge pop on #RAW! Much respect to all of my fans! #MasterAndRulerOfTheWorld ... Off for now. Love being backstage at #RAW. Tweet you tomorrow. Again, THANK YOU EVERYONE!"

Prior to joining WWE, Collins was Executive Vice President, Global Licensing & Entertainment at MGA Entertainment, where he oversaw the entertainment, consumer products, retail development and promotions divisions. Before joining MGA Entertainment, Collins spent 10 years at Lucasfilm Ltd., where he was responsible for the management of Lucasfilm's domestic and international licensing and retail merchandise programs.

Collins also spent time as Director of Worldwide Licensing & Motorsports at World Championship Wrestling, Inc. (WCW), where he built and managed WCW's worldwide consumer products program. He holds a Bachelor of Science degree in International Business from Florida State University and did post graduate work at Kellogg School of Management at Northwestern University.


Kenn Doane Alleges John Cena Had An Affair With A Married WWE Diva...

Kenn Doane, who appeared as Kenny of the Spirit Squad and Kenny Dykstra for WWE from 2006 to 2008, blames an affair between John Cena and Mickie James for ruining his relationship with the former Diva and costing him his job. Speaking to SEScoops.com on the ordeal, Doane reveals that Cena was having a second affair with a then-WWE Diva who was married to a man not involved with the professional wrestling industry.

Doane says he discovered James had been cheating on him with the Cenation leader when he caught her searching online rumors of her act of infidelity with the query "Mickie James dating John Cena."

"Upon confronting her about it, "She stared at [the computer] for like legit two minutes and I'm looking at her like "Did you forget how to read? Say something, WTF." She got up and ran into the other room crying saying she was sorry and she felt bad and admitted to it."

While recalling the matter, Doane says Cena was having an affair with a second WWE Diva.

"I don't have John's number so I call his diva 'road' girlfriend. I ask her if she knows anything about it and she says she had a feeling because John recently dumped her and she is over him now," Doane says.

Cena's sexual escapades were not solely limited to WWE Divas as he was simultaneously involved with 'ring rats'. Doane details, "Got one diva who is married to a guy outside of the business but she sleeps with Cena, then we got Cena who sleeps with rats (groupies, girls not in the biz, girls in the lobby waiting for an invite upstairs) and this married diva, and now my girlfriend."

Following weeks of inactivity stemming from the affair, Doane was transferred to the SmackDown brand on June 17, 2007, as part of the WWE Supplemental Draft. Doane reveals that the married Diva was transferred from Raw to SmackDown as well after being dumped by Cena.

"Following weeks I'm off TV and off the road until I get sent to SmackDown. Ironically, John's former Diva got sent too," Doane recalls. "So now we're on complete separate schedules and when there is a joint pay-per-view I'm off the road that day too and get flown in on a Monday for a Tuesday Smackdown. Yeah complete B.S. I get jobbed out then they take me off the road more and fire me."

Two WWE Divas transferred from Raw to SmackDown in the 2007 WWE Supplemental Draft—and the entire year—Torrie Wilson and Victoria. Wilson was in the process of divorcing Billy Kidman. Victoria has been married to a man not affiliated with the professional wrestling industry since 1998, matching Doane's claim.

On November 10, 2008, WWE announced Doane had been released from his contract. While discussing his termination with John Laurinaitis, he was informed that his decision to speak publicly on Cena and James' affair will determine whether WWE offers him employment again in the future.

"When Johnny Ace called me to fire me I asked him if this is why I'm getting fired," Doane recalls. "He told me we don't have anything for you and depending on whether you choose to discuss this issue will determine on if your allowed to come back in the future."

Doane ultimately concludes that he wants to be open and honest.

"Going forward I have no reason but to speak the truth and to make all this up would be absolutely insane. I'm not saying you have to believe anything I say but that is the truth," he says. "WWE portrays Cena as this big hero and savior to all of us but truth be told that is a character he plays much like me as a cheerleader. When watching wrestling, know you're watching a show and not real life situations or scenarios. We are basically live comic books brought to life and make short action movies for you to enjoy." (Wrestling INC)

ION Television has teamed with WWE for a new weekly one-hour original series. WWE Main Event will debut October 3 and air on Wednesday nights at 8 PM. It will feature WWE stars from the rosters of Monday Night Raw and Friday Night SmackDown, including in-ring action and storylines.

The new show provides WWE with a show on a broadcast network for the first time since Friday Night SmackDown left MyNetworkTV in September 2010 and gives the wrestling federation weekly programs on Monday (Monday Night Raw on USA), Wednesday (WWE Main Event on ION) and Friday (Friday Night SmackDown on Syfy). “As a general entertainment network with a solid foundation, WWE Main Event is a great addition to our lineup that features something for everyone,” ION Media Networks CEO Brandon Burgess said.