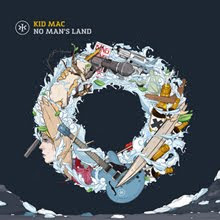 It's about to be announced that Sarah McLeod will be special guest performer at Kid Mac’s national tour launch at the Standard on June 29.

Sarah features on Kid Mac’s debut album on a track called Don’t Look Back which will be the next single release. They are shooting the video clip on Sunday. When Russell Crowe heard the song he tweeted about it a few times saying it was a total hit..

The album No Man’s Land has surprised many with it showcasing his ability to cross musical genres of urban/rock/pop. Squashing the perception that he is purely a hip hop artist.

Here is a video bio he recently made for media to get to know him a little better - http://www.youtube.com/watch?v=3MmdSO7jdzE

Kid Mac’s No Man’s Land tour kicks off on June 29 to celebrate the release of Mac’s highly anticipated album released on May 4.

Having just won ARTIST OF THE YEAR and BEST VIDEO at the 2012 MusicOz Awards held at the Sydney Opera House, Mac will take his No Man’s Land Tour around the country – see dates and venue details below.

Kid Mac delivered his first track off the album in April - the super punchy ‘SHE GOES OFF’ featuring US artist Mickey Avalon. She Goes Off has already clocked over 130,000 views on youtube and features cameo’s from Snoop Dogg, Steve Aoki and Sarah McLeod. The song is getting airplay on Nova nationally and MTV. It’s just a taste of what’s to come from one of Australia’s emerging talents.

“It's been a long time coming and something I have been working towards for several years. I feel like I've taken my time with it and as a result have found a sound that I am comfortable and proud of. The material in the record is a good representation of me but also something a lot of people will relate to.” Kid Mac

No Man’s Land reviews are starting to pour in with media embracing the album:

Rave Magazine: “No Man’s Land is slick and shiny, but most importantly, it’s fresh.”

At the back of an Australian tour with Mickey Avalon, Kid Mac will head off on his headline tour. Details below: