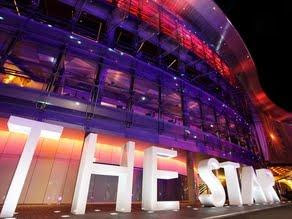 The Star casino is suing 10 high rollers in an effort to recover $23 million in bad debts.

Court records show The Star filed claims against the 10 in the New South Wales Supreme Court in late February.

The individuals include a property developer from Thailand, an entrepreneurial Thai businesswoman, and a businessman with high level community interests from Macau.

Echo Entertainment revealed last week that it had written off nearly $30 million following the failure of VIP junket operator SilkStar Global Marketing and the high rollers' bad debts, which has given ammunition to James Packer in the war of attrition against Echo and its chairman, John Story.
As he continued a campaign of daily newspaper advertisements urging shareholders to dump Mr Story and elect Jeff Kennett as a director, Mr Packer yesterday referred to ''poor credit controls at The Star''.

''Echo wrote off $29.9 million associated with the liquidation of a marketing partner and bad debts - highlighting concerns about credit control at The Star,'' the advertisement said.

In its statement to the market last week, Echo said the operator, SilkStar, had gone into liquidation in March owing the casino $7 million. It also revealed some of the international VIP customers introduced to Echo by SilkStar had outstanding debts.

It said it had decided to increase the impairment provision against ''this group of customers'', which it said amounted to $22.9 million.

''Echo will however continue to vigorously pursue all avenues to recover the moneys outstanding from these customers,'' the company said.

Yesterday, an Echo spokesman declined to comment as the matter was before the courts.

Given the value casino operators put on ensuring the privacy of their high rollers, the public court action is a high profile foray into debt collection.

Echo recently went to court and succeeded in gagging the ABC from using information about high rollers' identities which it had obtained.

THE AUSTRALIAN FINANCIAL REVIEW (www.afr.com)
--The possibility of John Story resigning as chairman of casino operator Echo Entertainment Group was discussed this week during investor meetings in a bid to negate a campaign by billionaire James Packer to have him removed. "The basis of the proposal was the concern that James Packer was threatening to do damage to Echo on an ongoing basis  it wasn't a concern in relation to my chairmanship, it was about diffusing the situation," Mr Story said. Mr Packer's Crown Ltd, a rival casino operator, currently owns 10 percent of Echo. Page 23.

--Bruce Gordon, James Packer, Lachlan Murdoch and Gina Rinehart have all banded together to inject A$84 million into a capital raising designed to ease the debt burden on Ten Network. The free-to-air broadcaster is looking to raise A$200 million to invest on programming and provide flexibility. "Given the uncertain revenue environment and our strategy of investing in programming renewal, the board felt it was important to strengthen our balance sheet at this time," Mr Murdoch, chairman of Ten, said. Page 23.

--The Star casino in Sydney has sued 10 high rollers, including a businessman with connections in Macau and a Thailand property developer, in the New South Wales Supreme Court in a bid to recover A$23 million. The legal action comes after Echo Entertainment Group, owner of The Star, last week wrote off almost A$30 million associated with the collapse of SilkStar Global Marketing, a casino marketing firm targeting high rollers. Page B3. (The Sydney Morning Herald / Reuters)