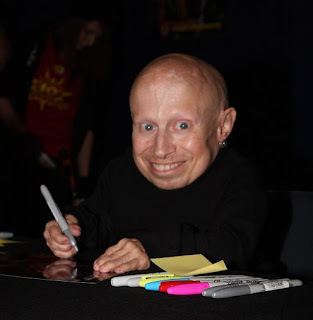 The Supanova pop culture expo has returned to Sydney, Australia, and has warmly embraced the pop culture phenom which is taking place at Olympic Park, Homebush, in Sydney's west.

It's a 3 day pop culture mania bringing together fans, actors, game players, information and tons of merchandise and collectables. Make no mistake - this is big business, but also lots of fun. It brings out the kid lurking inside all of us, no matter what our age.

Witnessing the general public dress up as their favourite hero, heroine or monster was just as much fan as the official exhibitions.

Coming to the expo to join in the fun (and big business) are over 40 international stars from various shows, films, franchises and worlds including Christopher Lloyd (Back To The Future’s Doc Brown), Yvonne Craig (the original Batgirl), Natalia Tena (Nymphadora Tonks in the Harry Potter series, Osha in Game Of Thrones) and Verne Troyer (Mini-Me from the Austin Powers films).

Even our favorite real life superheroes of Australian pro wrestling - AWF Wrestling turned up and put on some very solid chain wrestling and brawling to the delight of the crowd. The wrestlers were also a big favorite with the media and the brawlers got somewhat crowd mobbed with famed actor Verne Troyer (Mini-Me) from 'Austin Powers' fame joined in the fun and games.

The Christopher Lloyd question and answer session was very entertaining and educational, and was a much sought after attraction for both news media and fans. Lloyd shared stories from his illustrious acting and show business career, much of which has been pop culture included such as 'Back To The Future' franchise, where he portrayed Dr. Emmett Brown. Lloyd even talked about the cult film fav 'Suburban Commando', which also featured pro wrestling living legend, Hulk Hogan (not known for great acting), but a very entertaining showman, none the less. Lloyd told the crowd of 500 plus that he enjoyed working with Hulk and that he was a really nice guy and didn't pretend to be a great actor. One lucky fan asked Lloyd if he could have a "high five", and the actor obliged, which got a nice reaction from the jam packed crowd.

Star of Buffy, Mercedes McNab, has come Down Under for Supanova and is loving it.

The blonde is in Sydney for the Supanova Pop Culture Expo at Sydney Showground, Olympic Park.

From the popular Hatchet horror movie franchise to spooky shows such as Buffy and Angel, the 32-year-old says she has come to feel comfortable within the genre and loves "a good death scene".

"It’s hilarious. I never thought I’d be considered a scream queen, but I guess I’ll take it.

"I think I gravitate more towards comedy and comedy can sometimes be in a darker vein, like sarcasm."

The edgy stuff started early for McNab, with her big screen debut opposite Christina Ricci's Wednesday Addams in The Addams Family movie and its sequel.

At the age of 16 she auditioned for a supporting role on Joss Whedon's Buffy The Vampire Slayer, a move that would change her life.

"We were on a brand new network and the show was based off a B-movie," she says.

"No one expected a spin-off to come of it or such a great fan reaction. No one could anticipate how welcomed and received the show was.

"In the beginning we never knew whether if we were going to get killed off.

"You’d get the script and skip to the end to make sure you weren’t going to die."

McNab experienced quite a character turn on Buffy when her superficial character was transformed into a vampire and eventually went on to join the spin-off series Angel.

"To have Joss call you and have him ask you to be a part of anything he does is pretty awesome."

Now that Whedon has found mainstream and box-office success with the hit of the year - 'The Avengers' - McNab says his loyal friends couldn't be happier.

"He’s such a genius. He's just proved to the industry what he can do."

Our Hero is no longer Expendable. Eric Roberts is “The Master” of Supanova!

In a career spanning five decades, Eric Roberts has become recognisable to millions of film and TV fans. He has appeared in almost 200 movies and in countless TV shows including Heroes, The Drew Carey Show, Frasier, Oz, Touched By An Angel, Law & Order: SVU and even in a Doctor Who telemovie as the Doctor’s nemesis, The Master.

He has filmed in over 17 countries, including Australia (in The Coca-Cola Kid), and received critical acclaim for his performances in Star 80, It’s My Party and Truman Capote’s In Cold Blood. In 2008, Eric joined the cast of Batman: The Dark Knight as Gotham gangster Sal Marone; in 2010 he appeared alongside Stallone, Lundgren, Statham and Li in The Expendables.

Fans of comics and animation know him as the voice of Mongul in the Justice League cartoons. He’s such a familiar face that he has appeared as himself in 63 productions, often making light of his notoriously chequered movie-star lifestyle. Brother to Julia Roberts and father of teen actress Emma Roberts, Eric is a true Hollywood veteran.

He’s therefore also the perfect guest to kick off festivities for Supanova’s TENTH ANNIVERSARY at the Sydney expo, in addition to the Perth expo the following weekend, with an exclusive Q&A and special appearance at each of our Friday evening Preview Nights which are exclusively for full weekend ticket holders (SUPA FAN PASS), in helping us celebrate a decade of successful Supanova Expos; something we couldn’t have done without your wonderful support.

Eric will then spend the weekends meeting fans, signing autographs and posing for studio portraits. (Supernova)

If you’re heading to Supanova this weekend, Nintendo are hosting a Kid Icarus: Uprising Multiplayer Battle Challenge! Bring along your Nintendo 3DS and copy of Kid Icarus as it’s the perfect opportunity to StreetPass with other Nintendo 3DS owners and enjoy some friendly multiplayer fun with the Nintendo community.

Nintendo 3DS consoles and Kid Icarus: Uprising games will also be available to use on the day so everyone is welcome to join in the fun!

Exclusive Kid Icarus: Uprising AR Cards only available at this event will be a special bonus for those who play. These AR cards are very exclusive and availability is strictly limited so please ensure you are there early to ensure you get your hands on one.

Some 25 years after the original Kid Icarus game for NES captured the hearts and imaginations of gamers worldwide, Kid Icarus: Uprising brings the action and adventure of this beloved series to new heights – and new visual dimensions – on the Nintendo 3DS system. The dark goddess Medusa and her Underworld Army have returned, and they’ve got their sights set on the heroic angel Pit. With the aid of Palutena, goddess of light and guardian of the human race, Pit must fend off this malevolent threat. The richly immersive graphics of the Nintendo 3DS system offer incredible depth as Pit battles enemies by air and by land. (Supernova)


Special guests appearing at Supanova Sydney and Perth include:

Supanova is all about supporting the local industry and providing a spotlight for the local comic creators. That spotlight is Artists Alley; the place where the fans can meet the creators and explore worlds they may never have known existed before. Whether its a 25 page self-printed black and white comic, or a full color, fully bound graphic novel, or even stunning computer art prints, you’ll find something to astonish in Artists Alley.

The artists are approachable and always willing to give constructive feedback on artwork. As such, Artists Alley can be a fantastic tool for the emerging artist to improve their skills or make new connections and possibly take their first leap into the professional industry! (Supernova)

Thank you to all involved in the promotion and success of Supernova. We look forward to seeing you all out there again tomorrow. As Marvel Comics living legend Stan Lee says, Excelsior! 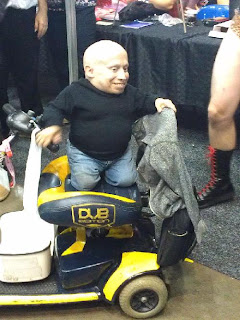