Casinos To Host Pro Wrestling Talk By Hulk Hogan And Friends, by Greg Tingle - 22nd May 2011 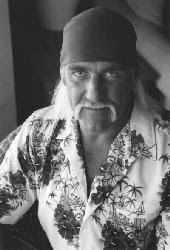 Famous pro wrestlers including Hulk Hogan are going to share true and previously kayfabe stories from the road at popular American and Canadian casinos. Oneida Casino in Green Bay, Wisconsin has signed up, with Boulevard Casino in BC said to keen, with many more expected to follow. Media Man and Gambling911 continue to probe the curious tie-ins between land based and online casinos with the pro wrestling sector, with Hulk Hogan now challenging Ric Flair as wrestling king of the gambling sector...

There's a curious relationship between pro wrestling, land based and online casinos, and to be frank, we like it. Let's face it, they're all in the entertainment business right, looking for their cut of the entertainment dollar. As if you didn't know, just being in business these days is a gamble.

Back in the old days... circa 1950, pro wrestling used to be sometimes held in smoke filled arena's, some doubling as above board casinos, some being underground gambling dens littered with vice... and all things nice and naughty. Ah, those were the days hey kids.

Pro wrestling living legend, Hulk Hogan, has proved himself in the ring many times over the past 3 decades, but now he's showing himself to be quite a study of the gambling and casino industry. Already featured in The Hulk-A-Mania Experience slot game and Hulk Hogan online slot, out within months we hear, he's about ready to spill his guts kayfabe style at select land based casinos throughout the United States and just maybe Canada and BC also. Not only that, many of Hogan's old wrestling mates will also join in the talkfest, which is bound to have wrestling fans on the edge of their seats.

Don't worry about Hogan mate Ric "The Nature Boy" Flair, who won't be appearing. Flair still has his deals with the Carolina's Education Lottery, and he still feels very Woooooo! about it.

A Media Man insider said "When Hulk Hogan and Ric Flair did their shoot angle at Star City Casino in Sydney, Australia a few years ago that drew strong heat, blood and major headlines. They incorporated some kayfabe, inside talk into the script. Hogan is old school and knows just about all the secrets of pro wrestling since the 70's. His talkfests to be held at American and perhaps Canadian and BC land based casinos should be something special...as long as you like pro wrestling, or at least find it interesting".

It's understood that Hogan and some of his wrestling buddies don't mind a punt, but it's not known if they will play the casinos games before or after the talks at this stage. Wrestling and casino trivia buffs will be interested to know that the old WWE bought a the Debbie Reynold's land casino casino in Las Vegas circa 1999, but never went ahead with development plans, opting to sell it for a tidy profit. The casino was later redeveloped and is today known as the Clarion Hotel and Casino.

The current wrestling talk fests are expected to net Hogan, mates, the casinos and the promoters thousands of dollars, with Hulk set to get the biggest payday of all we understand, which is fair enough.

Hogan nemesis and sometimes friends Ric Flair, Roddy Piper, Jimmy Snuka and Kevin 'Diesel' aka 'Vinnie Vegas' Nash are understood to be aware of the wrestling talk tour but are not appearing due to prior contractual arrangements. Nash has some online casino games listed in his official website. The Hulk's online casino game is set to be released before the end of this year in a deal with Endemol UK. bwin.party digital entertainment is understood to be looking for a b2b deal with Endemol.

'Hogan and Friends' are set to tear the house down, as much as a talkfest is capable of.

The shows have previously been postponed, but at this stage 3rd time looks to be a charm. Insiders hope Hogan’s back is ok and won't stop him appearing. The nostalgia tour is set to arrive next week at Oneida Casino in Ashwaubenon.

Hogan will be sharing the mic with Jimmy "Mouth of the South" Hart, Brutus "The Barber" Beefcake, Greg "The Hammer" Valentine, The Nasty Boys, Koko B. Ware and Hacksaw Jim Duggan about their days on the old school wrestling circuit, both WWE - World Wrestling Federation and other promotions. Stories may including things like real life fights at bars, drug use, crazy nights with women ala "ring rats", real life heat, the time Duggan got busted with his supposed enemy The Iron Sheik for some green stuff, the real life Hogan - Randy Savage (RIP) feud, near meets with death, Andre The Giant stories, and god knows what else. Even if your more a casino player and not so much a wrestling fan, it still sounds like loads of fun.

It's rumoured that both Sydney's Star City casino and Melbourne's Crown Casino are interested in the wrestling talk concept, but to bring out Hogan and friends for this would be cost prohibitive at this stage, opting to stick to their loyalties to Vince McMahon's WWE, set to tour Australia from July 1.

Kudos to you Hulk, you're quite the wrestling legend, and there's no doubting your success as a gambling and gaming entrepreneur either.

Friends, good punting, know your limits and bet with your head, not over it. Ladies and gentlemen, kids of all ages... your winner - the fans!

Boulevard Casino, Coquitlam BC - tentative, not confirmed - To Be Advised