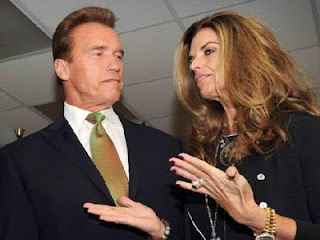 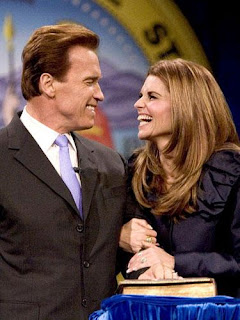 Media Man and wires report former California Governor Arnold Schwarzenegger and his beautiful wife, Maria Shriver, announced on Monday that they were separating after modest hints were dropped in recent weeks.

"This has been a time of great personal and professional transition for each of us," Schwarzenegger, 63, and Shriver, 55, said in the statement, which was issued jointly. "After a great deal of thought, reflection, discussion, and prayer, we came to this decision together."

The power couple, who met at a charity tennis tournament in 1977 and married in 1986, did not indicate whether they would seek a divorce, but said they were living separately "while we work on the future of our relationship."

"We are continuing to parent our four children together. They are the light and the center of both of our lives," they said in the statement. "We consider this a private matter, and neither we nor any of our friends or family will have further comment. We ask for compassion and respect from the media and the public."

The couple maintained their home in the Brentwood section of Los Angeles during his two terms as governor, with Schwarzenegger traveling by jet to the state capitol in Sacramento.

Schwarzenegger said in February that he was ready to make motion pictures again and announced recently that he is developing a television show and comic book based on his political nickname "The Governator." Marvel Comics legend Stan Lee is associated with that project.

Leaks indicate that Schwarzenegger was likely to star in a new "Terminator" movie that would see the return of his most famous movie role as the virtually indestructible cyborg from the future.

Shriver, a writer, author and ex journalist for NBC, is active with a number of volunteer organizations.

Her mother was the sister of assassinated U.S. President John F. Kennedy and her father, Sargent Shriver, was the Democratic candidate for vice president in 1972. Sargent Shriver died in January at the age of 95.

Though a lifelong Democrat, Shriver campaigned for her Republican husband when he sought to recall and replace then-Governor Gray Davis, a Democrat, in 2003.

Schwarzenegger is involved in a number of successful business ventures including gaming and property, and is looking to ramp up motion picture business, both on and off the screen.