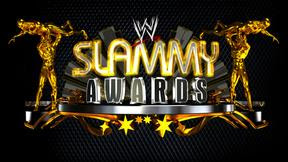 Tell Me I Did Not Just See That (Most Shocking Moment): Kofi Kingston walks on his hands to avoid Royal Rumble elimination


Superstar of the Year: John Cena

LOL Moment of the Year: The Rock's promo on John Cena in Boston

Hashtag of the Year: Ryback for #FeedMeMore

Newcomer of the Year: Ryback

Match of the Year: Undertaker VS Triple H at WrestleMania 28. Triple H came to the stage to receive the award and advised we have not seen the last of The Undertaker WWE RAW offers tons of surprises...

This episode of WWE RAW was a breath of fresh air for many fans offering a variety of welcome surprises. The surprises included: Ric Flair 'The Nature Boy' returning. Flair got into a confrontation with CM Punk and Paul Heyman

'The Bogeyman' ran onto the awards stage

WWE Hall of Famers "Mean" Gene Okerlund, Ricky "The Dragon" Steamboat and Jim Ross came to the stage to announce the 'Match Of The Year' award

Not a surprise, but it was great to see "The Shield" continue their attacks