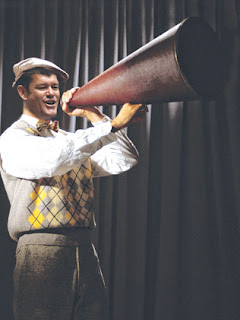 Casino and gambling tsar James Packer is heading for Hollywood, establishing up a production company with blockbuster director Brett Ratner.

The billionaire is joining forces with Ratner to form RatPac Entertainment, which will make independent films.

A spokesman for Mr Packer confirmed the partnership with the 43-year-old director and producer, describing it as "a small private investment".

Mr Ratner, who directed Rush Hour, Red Dragon and X-Men: The Last Stand, told the Hollywood Reporter Ratpac will develop, produce and finance films on its own and in partnership with Hollywood studios.

‘‘We intend to build a major independent film company which not only has the ability to fully finance its films but which also offers creative independence for its filmmakers,’’ Mr Ratner said in a statement.

Fusion Strategy managing director Steve Allen advised Mr Packer’s move into the film world was unexpected but not overly surprising considering that his family, particularly his father Kerry Packer, had previously been involved in the industry.

‘‘The Packers do have a long history, his father more than he, of getting into the film, mini series and television production business because it was, at least, very attractive from an investment and tax point of view,’’ he said.

The Packers have also invested in Hollywood studios, such as Lionsgate, in the past but that may have been to align supply contracts with the Nine Network when they owned it, Mr Allen said.

He said it was highly likely that Mr Packer had received some recommendation from one of his Hollywood friends, such as Tom Cruise, about Mr Ratner before deciding to go into business with him.

‘‘There would have had to be some connection,’’ Mr Allen said. ‘‘He would have known the people or liked them or Tom Cruise, his supposed mate, would have said these are good people to get into business with.

‘‘There has to be a reason. He doesn’t do things on whims. He’s not like his father.’’

While the film industry would appear an odd fit with Mr Packer’s main business interest, Crown Casino, Mr Allen said they were both essentially in the entertainment industry.

‘‘It’s an odd fit but I guess drawing a long string to the bow it’s all entertainment,’’ he said.

But he said the film industry was always risky as bankable stars and high profile directors do not guarantee hits.‘‘It’s a high risk, but can be a high profit, business,’’ he said.

‘‘There’s nothing certain in show business.’’

Oh, don't be surprised to see Packer push forward with Hollywood themed slot games - both landline and online. A Media Man spokesman said "Rest assured Packer will find a ways to tie in gambling with movies and you can bet it will make sense financially as well as have artistic merits. Make no mistake - money still talks in Hollywood, and with Brett Ratner being his partner, this new venture is tipped for mega success, even in a volatile industry such as movie making."

The Crown chairman has teamed up with Rush Hour director Brett Ratner to form RatPac Entertainment, a company that will produce and finance blockbuster films. The pair reportedly have already two films in production.

A spokesman for Mr Packer, who was unavailable for comment yesterday, confirmed the partnership, noting it was a "small private investment". It is understood Ratner and Mr Packer have struck up a friendship in recent times.

The move comes just months after Mr Packer sold his remaining stake in his family business Consolidated Media Holdings and amid Crown's campaign to build a hotel and casino development at Sydney's Barangaroo.

In a statement, Ratner said he and Mr Packer "intend to build a major independent film company which not only has the ability to fully finance its films, but which also offers creative independence for its filmmakers".

It's not the first time the Packer name -- synonymous with TV and media ownership -- has been linked to the film industry. Kerry Packer, James's father, bought a stake in film studio New Regency Productions in the mid-1990s. In 2008, three years after his father's death, James is reported to have sold the 25 per cent share for $348 million.

Don't know about you, but wouldn't it be something to see a gambling themed movie put together by Packer and Ratner. Can you imagine the merchandise spin offs like movie themed slot games. Who wouldn't pay for that.

Plus, with Packer involved any Hollywood projects are going to get news media coverage, and at this stage of the game it's likely going to be positive.

Watch out Hollywood - there's a few new kings in town... gives new meaning to the term "Gumleaf Mafia", which the Media Man agency has been pitching around for a few years now.

Might be time for Media Man and friends to start being more pro active in Hollywood again. Watch this space.