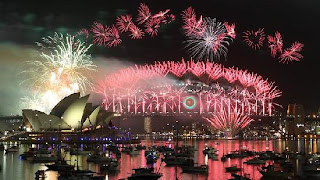 The Media Man www.mediamanint.com agency with some of the latest and hottest entertainment news in Australia and across the globe. Happy New Year (getting in early) from "Sin City" Sydney, Australia.

Velasquez defeated Brock Lesnar to first win the belt at UFC 121 in 2010, but lost the title a year later to Dos Santos at UFC on FOX 1.

Several pro wrestling stars took to their Twitter accounts to comment on last night's title change. Here's some of their posts:

Jim Ross: "I'd rematch @cainmma vs @junior_cigano and make sure Overeem doesn't have any 'issues.' Let Overeem fight/win & not be problematic. #UFC155"

Low-Ki: "Congratulations to Cain Velasquez for regaining the Heavyweight Championship. On a mission from bell to bell. WOW!"

Leonardo DiCaprio and Jonah Hill enjoyed the weather during a boat trip on Sydney Harbour last Friday. The Django Unchained co-stars were with Hollywood friends Lukas Haas and Kevin Connolly. Girls about were in bikinis of course. Earlier in the day they arrived in lear jet with Jamie Foxx, which Media Man understands was organised by our friends at The Star (parent company Echo Entertainment), where the celebrities will be spending New Year's Eve tonight. They'll be joining a swag of other stars including Chace Crawford, Matthew Morrison, Colton Haynes and Samantha Ronson, who will be likely making appearances at Marquee, with a possibility of ducking into Cherry and grabbing a few drinks. We heard a little something about James Bond or Bond girls, but more on that later. Maybe later Leo and friends might play a bit of poker too.

After New Year's Eve is done and dusted many will fly back to the U.S so they can also enjoy NYE celebrations on their own soil. Hollywood or Las Vegas anyone?

New statistics demonstrate Australian kids are viewing less television than they were a decade ago.

The Australian Bureau of Statistics (ABS) survey focuses on children between five and 14.

It found they have been watching an average of 15 hours of television a week this year, compared to 22 hours in 2003.

The proportion accessing the internet increased from 64 per cent to 90 per cent over the same period.

The ABS also found more children were taking up dancing and martial arts, with 27 per cent more pursuing an interest in dancing.

The number taking to the netball court fell 8 per cent, although netball still remains in the top three most popular sports for kids between 11 and 12.

Swimming remains the most popular activity for kids between five and 11.

FBI files on Marilyn Monroe that could not be located earlier this year have been found and re-issued.

The files had previously been heavily edited, but more details are now public.

The files show the extent to which the agency was monitoring the actress for ties to communism in the years before her death in August 1962. They reveal that some in Monroe's inner circle were concerned about her association with Frederick Vanderbilt Field, who was disinherited from his wealthy family over his leftist views.

A trip to Mexico in 1962 to shop for furniture brought her in contact with Field, who was living in the country with his wife in self-imposed exile. Informants reported to the FBI that a 'mutual infatuation' had developed between Field and Monroe, which caused concern among some in her inner circle, including her therapist.

'This situation caused considerable dismay among Miss Monroe's entourage and also among the (American Communist Group in Mexico),' the file says. Field's autobiography devotes an entire chapter to Monroe's Mexico trip. He mentions that he and his wife accompanied Monroe on shopping trips and meals. He mentions politics only once, in a passage on their dinnertime conversations.

'She talked mostly about herself and some of the people who had been or still were important to her,' Field wrote in From Right to Left.

'She told us about her strong feelings for civil rights, for black equality, as well as her admiration for what was being done in China, her anger at red-baiting and McCarthyism and her hatred of (FBI director) J Edgar Hoover.'

Under Hoover's watch, the FBI kept watch on the political and social lives of many celebrities, including Frank Sinatra, Charlie Chaplin and Monroe's ex-husband Arthur Miller. The bureau has also been involved in investigations about crimes against celebrities, including threats against Elizabeth Taylor, an extortion case involving Clark Gable and more recently, trying to determine who killed rapper Notorious B.I.G.

The AP had sought the removal of edits from Monroe's FBI files earlier this year as part of a series of stories on the 50th anniversary of Monroe's death. The FBI had said that it had transferred the files to a National Archives facility, but archivists said the documents had not been received. A few months after requesting details on the transfer, the FBI released an updated version of the files that eliminate dozens of redactions.

For years, the files have intrigued investigators, biographers and those who don't believe Monroe's death at her Los Angeles area home was a suicide.

A 1982 investigation by the Los Angeles District Attorney's Office found no evidence of foul play after reviewing all available investigative records, but it noted that the FBI files were 'heavily censored'.

That characterisation intrigued the man who performed Monroe's autopsy, Dr Thomas Noguchi. While the investigation concluded he conducted a thorough autopsy, Noguchi has conceded that no one will likely ever know all the details of Monroe's death. The FBI files and confidential interviews conducted with the actress' friends that have never been made public might help, he wrote in his 1983 memoir titled Coroner.

'On the basis of my own involvement in the case, beginning with the autopsy, I would call Monroe's suicide 'very probable,'' Noguchi wrote. 'But I also believe that until the complete FBI files are made public and the notes and interviews of the suicide panel released, controversy will continue to swirl around her death.'

The Avengers is #1 at Australian box office for 2012. The superhero brands Iron Man, Captain America, The Hulk and Thor besting rivals from Batman, TED, James Bond and The Hunger Games.

Stan Lee was born Stanley Leiber. Before Lee defined comic books at Marvel Comics, he worked in nearly every aspect of the comics-publishing industry. Lee began as an assistant for Timely Comics, and his first writing credit was for text filler in “Captain America Comics." He became Timely's interim editor the same year, 1941.

It took nearly 20 years before Lee changed the comics landscape forever. After DC Comics created the Justice League of America - featuring Superman, Aquaman, Batman, Flash, Green Lantern, Martian Manhunter, and Wonder Woman -- Lee was tasked to create his own superhero team to compete with its success.

Lee collaborated with Jack Kirby to create the Fantastic Four. Timely became Atlas Comics in 1951, and it was Marvel Comics by 1961. The collaboration between Lee and Kirby during the 1960s created a slew of superheroes that would dominate the comic-book industry and, later, the film industry.

Lee, spearheading Marvel, co-created Spider-Man, Hulk, Iron Man, Thor, and the X-Men, among others, with Kirby illustrating many of the comics.

With “The Avengers” dominating movie-theater box offices this year, the successful reboot of “The Amazing Spider-Man,” and the forthcoming Wolverine and X-Men productions, Lee's legacy will continue for the next generation of comic fans. Lee -- with his trademark signoff, “Excelsior!” and humor -- made cameo appearances in “The Avengers” and “The Amazing Spider-Man,” and he took to Twitter to thank fans for all the birthday wishes.

And Lee did not pass up an opportunity to comment on the recent death of one of his greatest creations, Peter Parker. Lee sent a tweet to Dan Slott, the writer responsible for the death of Peter Parker in “The Amazing Spider-Man #700,” saying, “What a gift, some guys give a nice cigar, a watch, but no not you, I get a dead #PeterParker Thanks for the bday wishes my friend!”