'Wolverine' Actor Hugh Jackman to be Honored with a Star on the Hollywood Walk of Fame; The Wolverine, X-Men, Marvel Entertainment

'Wolverine' Actor Hugh Jackman to be Honored with a Star on the Hollywood Walk of Fame; The Wolverine, X-Men, Marvel Entertainment news... 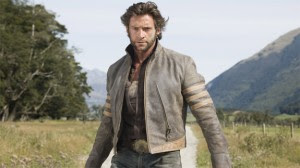 'Wolverine' Actor Hugh Jackman Honored with a Star on the Hollywood Walk of Fame...

His hard work in the movie industry for years paid off. The Hollywood Chamber of Commerce made an announcement on Friday that Australian actor Hugh Jackman will receive a star on the Hollywood Walk of Fame.

"Fans from around the world have been consistently asking when this star will be dedicated. We are happy to say that now is the time. Hugh is one of the world's most popular actors and we are excited that he is joining our Walk of Fame family," Ana Martinez, Walk of Fame producer, stated.

In 2000, the 44-year-old actor debuted on the US big screen as mutant Wolverine in film director Bryan Singer's "X-Men" movie. Afterwards, Hugh Jackman kept reprising the role of this famous character in the succeeding "X-Men" films.

Jackman has been busy filming the upcoming James Mangold's "The Wolverine" in Sydney. The actor is currently in talks to reappear once again with director Bryan Singer in "X-Men: Days of Future Past." However, Hugh Jackman declared that he has not yet officially signed on or read the movie script.

Aside from the successful "X-Men" films under his belt, the Tony Award-winning actor also has other movie projects like "Rise of The Guardians" where Jackman provided his voice to the Easter Bunny character and the upcoming "Les Miserables" with actor Russell Crowe that will officially hit Australian cinemas on December 26.

Meanwhile, Hugh Jackman has already marked his hand and footprints outside of the Grauman's Chinese Theatre back in 2009 next to famous Hollywood celebrities such as Marilyn Monroe, John Wayne, Frank Sinatra, Clark Gable and Bing Crosby. The area is approximately 20 meters far from where Hugh Jackman's star will be placed on the scheduled December 13 ceremony.

Actor Hugh Jackman is following the lead of movie star Paul Newman. Not only is he super talented and a hunk, his heart is in the right place when it comes to doing good for charity and social causes. Aside from starring in the new cinematic exploration of "Les Miserables", Jackman's latest venture is selling coffee. Yes, its been in the works over over a year we understand. Wolverine is promoting Java... and apparently many of those lucky folks who had a chance to taste test the product on Dec. 2 thought his brand was tasty.

The Hollywood movie star has an upstart company entitled Laughing Man Coffee & Tea. His commitment and dedication to the brand promotion is no laughing matter though. Jackman started the company with one clear idea in mind - to donate all the sales proceeds to charity. Following in the footsteps of Paul Newman's food line, he hopes to use java sales to give back to the community.

Hugh Jackman is a green celebrity. The famous humanitarian has launched his own product line. He will be selling coffee and tea. All the proceeds go to charity.

Making a smart marketing choise, the actor set up a coffee bar near where reporters were apparently staying in a hospitality suite waiting to share news about the Oscars nominations the first weekend of Dec. Giving them taste tests of his new coffee seemed to be his pleasure - but then again, who would have the guts to tell Wolverine they did not like the taste of his non-profit hot and cold beverages?

Jackman also brought free samples of his new brew to the New York set of the movie "Noah" back in Nov. The biblical flick he's working on with actor Russell Crowe. Crowe praised the "Flat White" espresso blend as the best cup of coffee he'd had in hand since visiting his native Australian home.

Can't wait till Jackman opens up a coffee shop or two here in Sydney, Australia.


Hugh Jackman Confirms Wolverine Talks for Days of Future Past...

Not that there was any doubt, but X-Men star Hugh Jackman has confirmed that he’s in talks with Bryan Singer to return as Wolverine in X-Men: Days of Future Past. During an interview with Access Hollywood promoting Les Miserables, he touched briefly on the story that Russell Crowe had turned down Wolverine and then recommended Jackman to Singer; after that, the conversation spiraled into his thoughts on the future of Wolverine. Besides joking that he was tired of three claws and needed to add some more, Jackman confirmed rumors that he’s in talks for the next film.

“I have been talking to Bryan about doing something in [X-Men: Days of Future Past],” the actor told Access Hollywood.